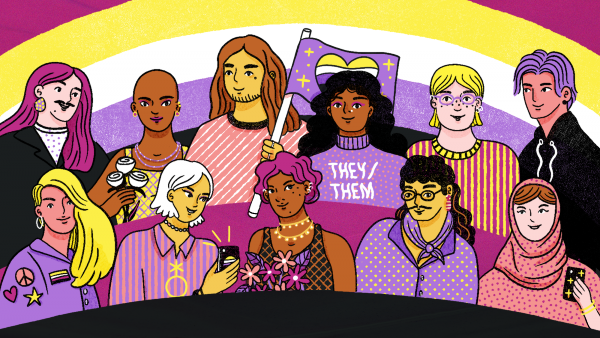 To mark International Pronoun Day (October 20), The Trevor Project released a new study on pronoun usage among young LGBTQ+ people in the US, which found 1 in 4 respondents used gender-neutral pronouns such as they/them. After interviewing 40,000 young people, the survey found that 75% of LGBTQ+ young people use either he/him or she/her, with 16% using a combination of he, she or they.

A total of 4% reported using neopronouns such as ze/zir, xe/xim or fae/faer, or said they use these pronouns alongside others. The report concluded that while “LGBTQ+ youth are using pronouns in nuanced ways, the majority who use pronouns outside of the gender binary use either familiar pronouns or combinations of these familiar pronouns to express their gender.”

It also highlighted the importance of respecting pronouns and “creating a supportive and accepting environment” for young LGBTQ+ people. To create a more inclusive environment, the report suggested that schools and workplaces should “begin by having a practice of sharing pronouns for everyone and setting the expectation that all individuals will have their pronouns respected by others.”