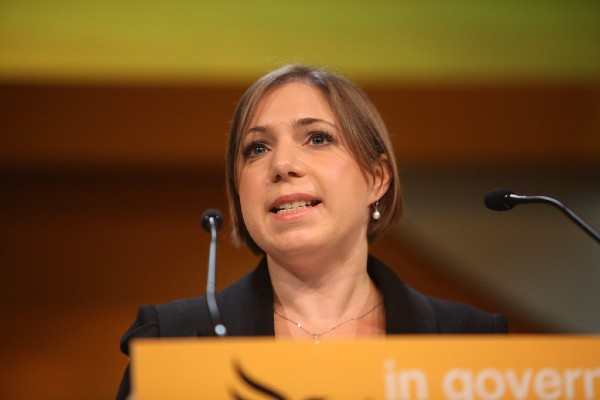 Sarah Teather, a former Liberal Democrat MP, has publicly apologised for voting against same-sex marriage in 2013 when marriage equality was made law. Teather, who stepped down from her position in 2015, shared a statement of apology on Twitter, saying that she is “sorry” for getting it “so wrong”.

She explained: “I tied myself up in ridiculous intellectual knots trying to find a way to navigate Catholic teaching on marriage and my liberal instincts and campaigning history on gay rights.” Next week will mark 8 years since the legislation was first passed, with Teather saying: “I think this anniversary is a good time to say more publicly that I was wrong then and I am delighted now that gay people have the right to be married.”

She was praised for her statement, with one social media user saying: “It takes a lot to admit that you’re wrong, even more so in public. To show critical and careful reflection and then share your conclusions is very admirable.” However, some believe her change in opinion has come too late, with one person tweeting: “I don’t know how to think about this: pleased that she recognises she was wholly wrong, or depressed that people only have these revelations once they’re long out of office.”