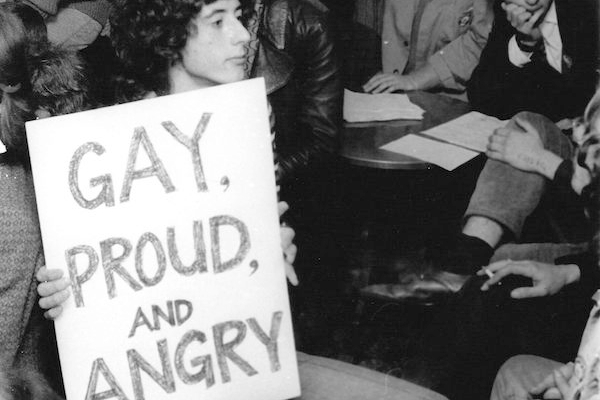 Gay Liberation Front (GLF) veterans and supporters will commemorate 50 years since the formation of the ground-breaking GLF movement with a candlelit vigil outside the London School of Economics on Tuesday, October 13 from 6pm. The vigil will be Covid safe, with masks and social distancing.

Fifty years ago, on October 13, 1970, GLF was founded at the London School of Economics. The meeting was called by students Bob Mellors and Aubrey Walter and was attended by 19 people. It soon grew into weekly open meetings attended by hundreds from the LGBTQ+ community.

Peter Tatchell, founder of human rights organisation the Peter Tatchell Foundation, and GLF activist from 1971-1974, said: “The formation of GLF was a watershed moment in British LGBTQ+ history. For the first time, thousands of LGBTQ+ people came out and protested against our persecutors. GLF’s slogan ‘Gay is Good’ challenged the centuries-old view that gay was bad – and mad and sad.

“GLF put LGBTQ+ rights on the public agenda and transformed LGBTQ+ consciousness, from shame to pride and defiance.

“GLF initiated the UK’s first Gay Pride march in London in 1972. It also founded the first LGBTQ+ switchboard, the first LGBTQ+ community newspaper, Gay News, and the first counselling service run by and for LGBTQ+s, Icebreakers.
“GLF’s key demands set the agenda for the LGBTQ+ movement for the following five decades.
“GLF did not seek equal rights within a flawed, unjust status quo. It campaigned for the transformation of society to end straight supremacism and stood in solidarity with all other oppressed people.
“Fifty years on, we honour the heroes of the GLF.”