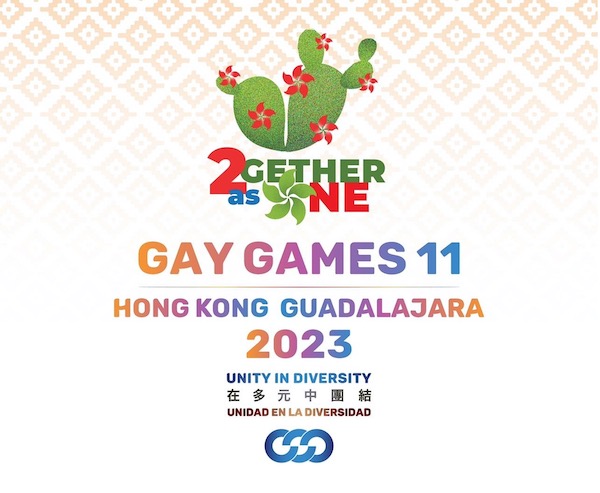 The Federation of Gay Games (FGG) and Gay Games 11 Hong Kong (GGHK) have announced that Guadalajara has been named the presumptive co-host of the November 2023 Gay Games, a global multi-sport event founded in 1982 that celebrates diversity and inclusion.

Guadalajara, a finalist for the 2022 and 2026 Gay Games, is an international city located in Jalisco, a state with the official slogan Jalisco is México for being the birthplace of many significant Mexican cultural mainstays including tequila, mariachi, birria, and more.

Lisa Lam, co-chair of GGHK, said, “In these unprecedented times, we have to be agile and adaptable to a constantly changing environment. Faced with continued challenges brought on by the Covid pandemic, with the desire to ensure more participants can join the Games regardless of their locations, GGHK recently proposed the concept of a co-hosted event to the FGG.

“By having Gay Games 11 accessible to participants across two locations we can ensure we meet our aim of being as inclusive as possible while international travel continues to recover. We will still be holding the first Gay Games in Asia, but potentially for the first time in Latin America as well, welcoming the widest possible audience to both cities. There is a huge amount of planning to do and we will be providing more detailed updates as soon as we are in a position to share more information.”

GGHK also announced today the members of its Road to 2023 management committee, a team of over 20 leaders, many of whom have been with the Games since Hong Kong won the bid in 2017. In a release, FGG said: “Leading a team of volunteers, this passionate group will bring fresh energy, established experience and connections, essential ingredients for a successful event.”

After seven years, the last two full-time in volunteer capacity leading the GGHK team, Dennis Philipse, founder and co-chair has resigned from the management team and will continue to support its mission as a member of GGHK’s Advisory Committee.

The FGG release continued: “To ensure continuity as Hong Kong and Guadalajara build the co-host teams, Lisa Lam will remain as GGHK co-chair and Nigel Lee, who has represented GGHK at FGG events for the last few years, will stand in as acting co-chair until a new co-chair based in Hong Kong can be brought on-board.”

Sean Fitzgerald, co-president of FGG, added: “We are energised by this opportunity to organise the first Gay Games in Asia and in Latin America, both in November 2023. While the Games are two years away, we are embarking on a mountain of feasibility studies and planning to be undertaken in collaboration between the FGG, Hong Kong and Guadalajara.

“The passion of these two teams will bring to life the vision of Dr Tom Waddell and the mission of the Gay Games: participation, inclusion and personal best.”

For more info on the Gay Games, CLICK HERE