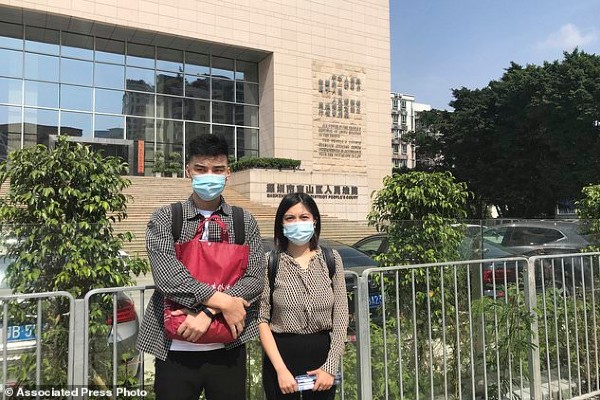 A gay former flight attendant, who has declined to share his full name with the media but goes by his surname, Chai, is suing China Southern Airlines after being suspended for his sexuality. According to the Daily Mail, Chai was suspended from his job for sixth months after a video surfaced in 2019 on social media showing him kissing another man. It was shared without his permission, leading Chai to file a legal complaint. The case was taken to court this week in the city of Shenzhen.

Chai, who had been working with the country’s largest airline since 2015, said he was only paid 10% of his salary while he was in suspension, and the company refused to renew his contract. He said in a statement: “I don’t want there to be anyone else like me who will be treated in this way. I think I really represent a very, very common worker, but just one who happens to be a sexual minority…We shouldn’t be discriminated against, we shouldn’t be oppressed and receive this unfair treatment, that’s why I am protesting.”

He added: “I understand what it means for me to go against a company this large, to fight for my rights. It means I can never do the job that I love again, at least not in China.” Although same-sex relations are legal in China, marriage is not and LGBTQ+ people are frequently subjected to prejudice as there are no legal protections against discrimination, including employment discrimination. Chai is hoping that sharing his story will benefit other LGBTQ+ workers in the country