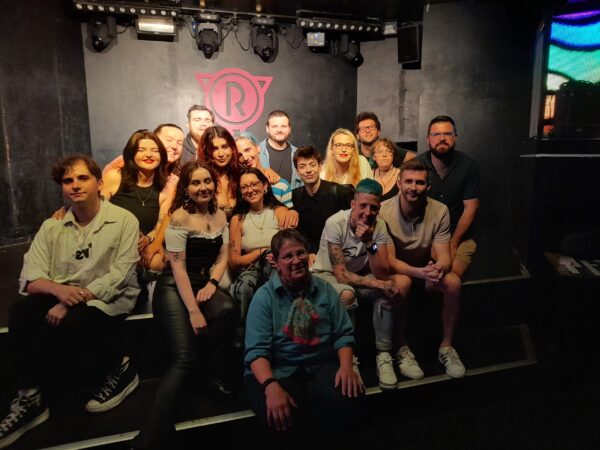 Jane Pritchard, a trustee of the Brighton Rainbow Fund (BRF) dropped into Revenge on Monday, August 15 to thank the whole team – who were enjoying a well deserved post-Pride party – for their hard work over Pride

During Brighton & Hove Pride 2022, Club Revenge and R-Bar raised a massive £3,500 for the BRF, which will be distributed to LGBTQ+ charities & organisations in Brighton & Hove

Steve Jones, Revenge’s managing director, said: “I’m delighted that we were able to raise £3,500 for BRF. They do such vital work for our community and vulnerable LGBTQ+ people, particularly since it’s the first proper Pride since 2019. We will continue working alongside them to raise funds throughout the year”

Revenge will continue raising money for BRF throughout the year through its Ally Ticket initiative. Ally Tickets are for those who don’t identify as LGBTQ+ but wish to visit Revenge. Tickets for allies are £1 more than LGBTQ+ tickets and that additional money is donated
directly to BRF.

The Brighton Rainbow Fund is a Brighton & Hove-based grant-giving fund for local LGBTQ+ and HIV organisations.