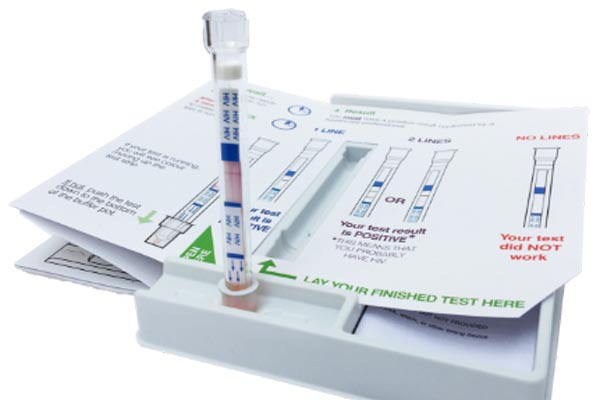 THT, Britain’s leading HIV and sexual health organisation, has launched a programme that will enable men who have sex with men (MS’) and trans women to order free HIV self testing kits.

The service will provide free HIV self tests provided by BioSure, that people can do in the privacy of their own home (or wherever they feel most comfortable), receiving results in minutes. The tests will also be available for anyone based in the UK who identifies as black African.

People who order one of the kits will also have access to support from THT Direct, the charity’s information and advice line, who are there to provide information and support whatever the result.

The development and launch of the service has been made possible, for up to a period of six months, by a legacy left by the late actor Alec McCowen CBE.

However, the charity is seeking charitable donations from supporters with the aim of being able to extend it for longer.

The aim of the programme is to test the effectiveness of self testing as a method to reduce barriers to HIV testing among groups most at risk of contracting HIV.

Ian Green, CEO, Terrence Higgins Trust, said: “One of our strategic aims as a charity is to end HIV transmission in the UK, and increasing testing among at risk communities is an effective way to achieve this.

“We know that different methods of testing suit different people, and so we’re thrilled to launch this programme for those who prefer to use self testing kits at home but who perhaps can’t afford it.

“The programme, which is currently funded for up to six months, will enable more people from at risk communities to know their status and access early, effective treatment if required.

“This will ensure that fewer people are living undiagnosed with HIV, and that they can live long, healthy lives, with no risk of passing the virus on to future partners.”

There are an estimated 10,400 people in the UK who do not know that they’re living with HIV, which means that they are not on effective medication and could unknowingly be passing the virus on.

Regular HIV testing enables people who have a reactive (positive) result to access effective treatment earlier, which increases their ability to live a long and healthy life, and prevents them from transmitting HIV on to current or future sexual partners.

To find out how to support the programme or, if eligible, order a free self testing kit, click here: