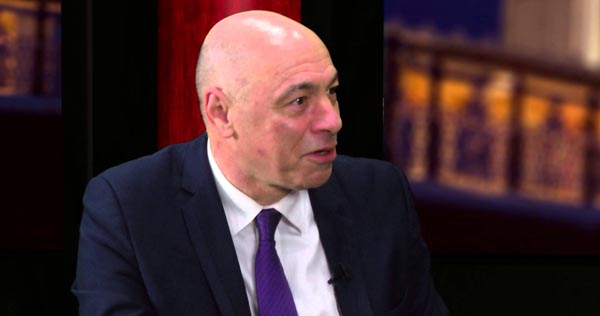 Ivor Caplin, calls for NHS to prescribe PrEP immediately to those at risk of acquiring HIV.

The former Government Minister and MP for Hove was speaking at the ‘Perspectives and Perceptions of PrEP’ – an OUT @ University College London, World AIDS Day event tonight, November 28.

He told the audience of students and staff from the University’s LGBT group that the use and commissioning of PrEP will be a game changing moment in the fight against increasing HIV infections.

He said: “It is time to stop the procrastination of the NHS and deliver PrEP now. We know it will reduce HIV across the UK so ultimately will save money for the health budget.”

He observed that funding PrEP could be done by very small reductions in other budgets and asked why do NHS spend £80m a year on funding paracetamol which costs 29p in Tesco?

He said by reducing that budget by 20 million pounds you could immediately pay for the provision of PrEP without affecting other important life changing drugs.

He also called for no hysterical comments pitting patient against patient for life saving drugs which he accused the Department of Health of encouraging after the first court case was lost.

He concluded saying: “Over the last 30 years many thousands have been lost to HIV but we as this generation now have the opportunity to begin the reduction and maybe eventually the end of HIV that’s why every medical advance is important in this fight.”

PrEP, a single pill administered daily, protects HIV – negative people from the HIV virus before any potential exposure with studies showing that PrEP can reduce the risk of HIV infection from unprotected sex by over 90%.