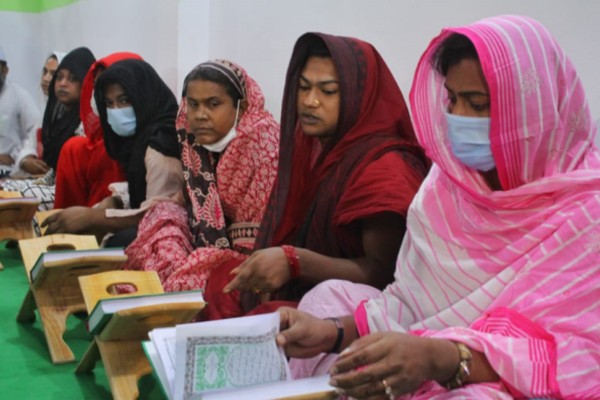 The first religious school for transgender citizens has opened in Dhaka, Bangladesh. The Dawatul Quran Third Gender Madrasa has capacity for up to 150 students, and so far 40 have enrolled. According to Mid-Day News, a local media outlet, there are around 1.5 million trans people living in Bangladesh. In 2013, the Bangladesh government passed a policy which legally recognised the country’s trans community as a ‘third gender’, allowing them the right to vote and stand for election.

Mohammad Abdul Aziz Hussaini, the school’s education and training secretary, told the BBC there is no age limit for enrolment: “Whether or not someone is of the third sex is identified at a fairly mature age. That’s why we don’t set any age limit. Anyone can be admitted here as soon as a transgender person is identified, no matter what age they are.”

A new student at the school said the majority of the trans community in the country were illiterate as they did not have access to education, meaning many are also unemployed. They continued: “No one wants to hire us. If we had some education, we could have worked somewhere better. There is no education system.” They also said they dropped out of school at the age of nine due to transphobic bullying, hence why the new inclusive school is a lifeline for them and many other trans Bangladeshis.