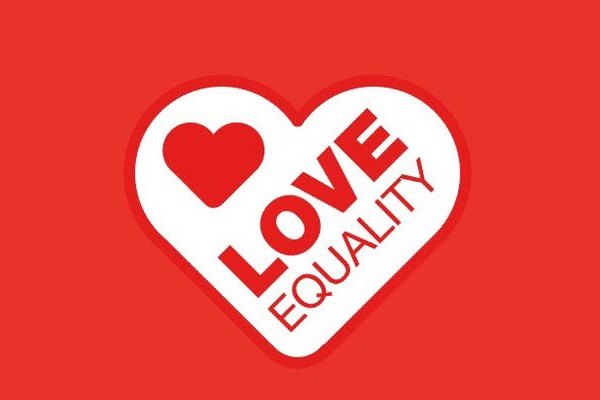 Sharni and Robyn Edwards-Peoples, the first same-sex couple to legally marry in Northern Ireland, and have criticised the region’s Secretary of State, Brandon Lewis MP, for the delay in allowing same-sex weddings in churches and conversion of existing civil partnerships to marriages.

The couple issued a call for urgent action by the Secretary of State, on the one-year anniversary of the House of Commons vote to extend same-sex marriage to Northern Ireland, which passed an amendment from Conor McGinn MP on Thursday, July 9, 2019.

However, couples who wish to have a religious ceremony as part of their wedding, or who wish to convert their civil partnership to a marriage, are still not able to do so – the only part of the UK or Ireland where this is the case.

Campaigners are calling on the Secretary of State to lay new regulations in Parliament and introduce these changes as a matter of urgency. Weddings in Northern Ireland can take place indoors from Friday, July 10, the Stormont Executive has agreed.

Sharni Edwards-Peoples, said: ‘We loved having our big day back in February surrounded by the people we love. It was a dream day for us and we want everyone to have the same chance to enjoy that feeling.

‘But, by not laying the necessary regulations at Parliament, the Secretary of State is stopping many couples from being able to plan their own big day.’

Robyn Edwards-Peoples, said: ‘As we emerge from lockdown, and with weddings now permitted, there will be a lot of couples hoping to have long-awaited wedding days. But same-sex couples like us, who want to have a religious ceremony or who want to convert their civil partnership, can’t even plan a date for their weddings at the moment.’

Under Government plans, same-sex couples in Northern Ireland should be able to get married in a religious ceremony where the church or other faith group wishes to offer such weddings, but no church would be compelled to offer same-sex weddings. Similar arrangements are already in place in the rest of the UK and Ireland.

Patrick Corrigan, Northern Ireland director of Amnesty International, part of the Love Equality campaign for marriage equality, added: ‘A year on from the historic vote by the House of Commons to extend same-sex marriage to Northern Ireland, the Government needs to stop this inexplicable hold-up and end the uncertainty and inequality for hundreds of couples.

‘We urge the Secretary of State to use the remaining two weeks before summer recess to lay the necessary regulations in Parliament.’

For more info on the Love Equality campaign, visit their website.