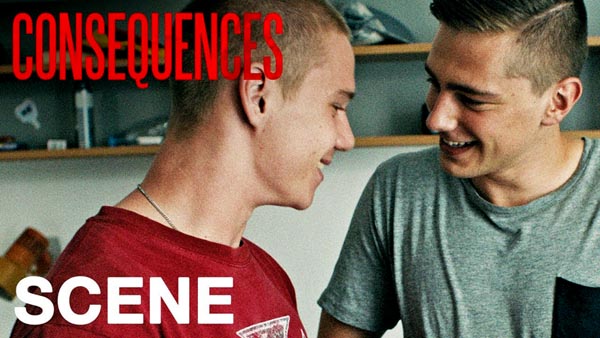 FORGET the fairy-tale castle on the hill and the beautiful Slovenian countryside surrounding picturesque Ljubljana. This modern morality tale is set in an uncompromising young offenders institution and centres round the sad, angry wretched life of teenager Andrej.

He is so rebellious that his weak father and feisty mother plead with the authorities to lock him up and so they do, pitching him headlong into a training college for minor thugs with expensive tastes in drugs and booze, as well as wayward girls.

Matej Zemljic is a sweet-featured youth who just can’t find a compass point in his chaotic self-induced tragic situation. The problem with the film is that writer/director Darko Stante offers no path to rehabilitation or redemption.

When it looks like Andrej may have made a friend of a much weaker inmate, he turns against the boy, threatening him with violence to extort protection money for two other tearaways whom he seems fatally drawn to.

The staff of the offender centre are one-dimensional and ineffectual in their leadership and stewarding of the boys, and one scene of violence, drug-induced stupor and pointlessness just leads to another.

The story, though potentially interesting, isn’t developed sufficiently to keep us guessing what will happen next. We know exactly where the downward loop is leading all the main characters and though we care for Andrej, beautifully played with subtlety and angst by Zemljic, we ultimately start not to sympathise with him .

The ending when it comes is more a whimper than a bang and we are left in mid-air, hoping for the best for the boy but fearing the worst.

At the centre of the film are a couple of quasi-queer scenes, where the two leading characters seem to have a fatal physical and sexual attraction that turns out in the end to be more drug-induced than anything serious.

This strain of the story could have been better developed and it would certainly widen the audience appeal, but in the end the writer plays with the idea and moves on.