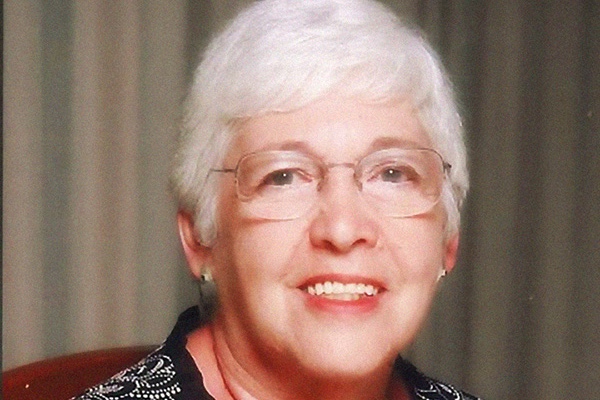 As patron of the Martin Fisher Foundation (MFF), a former member of the All Party Parliamentary Group (APPG) for HIV/Aids and honorary fellow of the British Association for Sexual Health & HIV, Baroness Joyce Gould of Potternewton is no stranger to lives lost.

Joyce, who lives in Brighton and became a Labour Peer in 1993, was originally a pharmacist but moved on to a career within the Labour Party and was its director of organisation from 1985 to 1993.

With her longstanding interest in sexual health, Joyce has been a constant in the fight against HIV and Aids. ‘Back in 1987 the idea of people growing old with HIV wasn’t there, because they were expected to die,’ she says. ‘I remember many years ago making a speech in which I wondered about what thoughts were being given in old people’s homes to those with HIV and people looking at me as if I was bonkers. If you went out into the street and asked people if those living with HIV could live to be old they would say ‘no’. People didn’t want to get into those discussions.’

Her first real introduction to meeting people with HIV who were getting older was through the Sussex Beacon and its respite care, and when in 2011 she helped set up a Select Committee on HIV & AIDS, she ‘insisted we come to Brighton and went to the Beacon because it was the only place in the country that catered for more elderly people with HIV.’

Meeting Martin Fisher – who she describes as ‘the most amazing person’ – was clearly a special moment for Joyce, coming at a time when she was chairing the Independent Advisory Group on Sexual Health & HIV in 2003. ‘He was the international expert,’ says Joyce. ‘Stigma is still the biggest problem and the MFF is doing a great job in Brighton around that and we have to give credit for Brighton & Hove Council and the MFF for when we became first Fast Track City for HIV.’

Launched on World AIDS Day 2014, the Fast Track Cities network ‘has grown to include more than 300 cities and municipalities that are committed to attain the UNAIDS 90-90-90 targets by 2020: 90% of all people living with HIV will know their HIV status; 90% of all people with diagnosed HIV infection will receive sustained antiretroviral therapy (ART); and 90% of all HIV-diagnosed people receiving sustained ART will achieve viral suppression. Achieving zero stigma is the initiative’s fourth, but no less important, target’.

‘We were the first city in the country to get Fast Track City status,’ says Joyce, proudly. ‘By the end of 2018 we had got to 93% knowing their status, 99% of effective treatment and 98% of not transmitting. There’s a general acceptance that Brighton is a centre where things are happening and we have done so much.’

Joyce also praises the European Commission funded EmERGE project and the MFF bus for helping to combat stigma. But it’s education that’s vital. ‘You have to start with the schools, teaching kids. There are still a lot of people who don’t believe you can be at a state where you can’t transmit, partly because it’s not a statement you are going to get in the headlines.’

However for people achieving that status it’s a game-changer. ‘For the next generation it’s not going to be as bad as it was previously when the concept of not being able to transmit was not on the agenda.’

When it comes to the question of people living with HIV getting old, Joyce would like to see a review of the attitudes of all institutions, including prisons and care homes. ‘Let’s hope we have a system where if they have to go into a home they will be understood. The same should apply if someone has HIV as for any other illness with the reassurance they don’t become distanced from the rest of the community.’

With getting tested considered priority, MFF now has five digital HIV self-testing vending machines, for which it won a British Medical Journal Innovation Award in 2018.

There is more innovation in testing, in how you can protect yourself, more on the drug- taking to stop transmission. It’s inevitable this is going to develop. There will be more and more innovation,’ concludes Joyce.