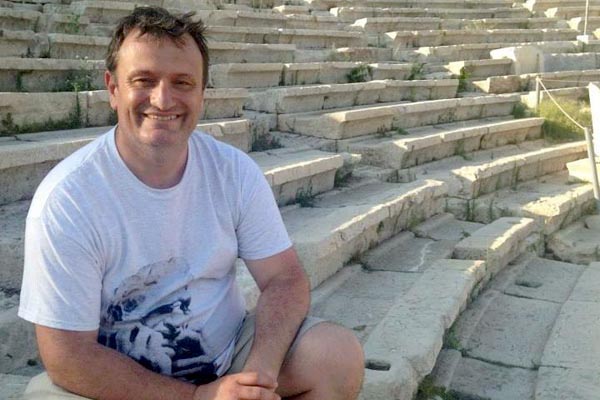 Following his Facebook rant after the recent Yes and No same-sex marriage vote in Australia, Richard Wolstencroft, Director of The Melbourne Underground Film Festival (M.U.F.F.) issues the following statement after his posting went viral.

I apologise not only for my ill-conceived words but also for the timing of them. Some of my gay friends have chastised me for dampening what should have been a joyous moment for them, the success of the YES vote.

As those who are long-time and patient friends of mine know, I am an ardent advocate of free speech, but am the first to admit that on this occasion I was wrong in several of my assumptions.

I will put this down to the fact that I had just finished another successful annual Melbourne Underground Festival (its 18th. Year), and other projects, as well as some personal issues I have been dealing with that combined have left me exhausted.

No excuse, but contributing factors nonetheless. Once again let me offer up a truly sincere and heartfelt “I’m sorry”. It saddens me that I have hurt some of my dearest friends by my early morning rant.

Some of those friends have scolded me by phone on this point – thank you Ranjan for your chat. Also Brenton Gaia, one of the mains stays of the regulars crowd at the Hellfire Club who wrote me some true words in his usual arch tone today, “You can be a philosopher, a politician, a priest of your own flock, but what you are not is a scientist. Please don’t use science to denigrate me and my tribe because it’s simply wrong.” I hear you, Brenton, and thank you.

I have also since realised through googling around that the abuse accusation is a trope often hurled at the LBGT community by openly homophobic groups. I did not realise this when I used it. This made me feel ashamed and spurred this apology.

I also received valid chastising emails from various members of the Gay Community, one sunk in deeply. It was from Crusader Hillis, from Hares and Hyenas, a well-respected member of the local LGBT Community. He is another someone I have offended with my post and it shames me as he is someone I have always respected and looked up to. He has tried, at times, to educate me on LGBT matters. I promise to continue that education with a more open mind.

I would also like to thank Lachy Hulme for his personal call on Friday and the well-deserved scolding he gave me. It actually brought tears to my eyes when I finally realised just how much unnecessary hurt I had caused, all through my own stupidity, alienating old and new friends

Some of you have raised concerns about my suitability as Director of the Melbourne Underground Film Festival – and while it pains me to do so – I have decided to step down as Festival Director after 18 years in relation to this matter, and will use the time to return to my first love, making independent films.

Frank Howson, respected local Industry veteran will take over as new M.U.F.F Director and, considering the brave visionary he is, will no doubt guide the Festival to a very exciting and fresh future. The Festival does much important work assisting local filmmakers to showcase their work and find their audience. Frank has great ideas on how to take the Festival to a whole new level, raise its class, profile and make some much-needed positive changes.

I promise I will use this experience as a learning curve and I hope some of those offended take this apology to their heart, as it is from mine. I have always been a friend of the LGBT Community with Hellfire and M.U.F.F. and hope to gain a greater understanding of related issues.

I would also say I respect the Will of The People of Australia apropos the Postal Vote being a #YES result and I expect the ruling Liberal Party of Australia to bring The Will of Nation in to quick and satisfactory fruition. M.U.F.F from now on will also be a YES position supporting festival and I know Frank Howson wholeheartedly supports that.

Apologies also very much due to friends and associates who have had to deal with my inappropriate mess online the past few days – and felt compelled to make statements about me and this matter.

I would also like to thank Irish M.U.F.F. alumni filmmaker Terry McMahon who, while condemning my words unreservedly, would not partake in a witch hunt against me personally. This is the sign of his maturity, good nature and Irish style ‘no bullshit’. I can only hope to aspire to be like Terry one day. Great respect.

I hope one day I can earn the forgiveness of more of you, also, even some strangers. I would also like to personally apologise to Steven Williams from the film Urine Aid – and Australian auteur Alex Proyas, a man whose work I deeply respect.

I would also like to personally apologise to (the much-loved by all) Hussein Khoder, my assistant director of 4 years from a few years back, who I have also upset. This has all given me much to think, learn and reflect. I have some personal issues to sort out to bring my life and mind to a calmer place.

Finally, it has been a great honour to run the Melbourne Underground Film Festival for 18 years – half my adult life’s work – I have seen literally an entire generation of truly amazing filmmakers file through its doors and we have screened some amazing work,

It is for the upcoming generations of young filmmakers that I am writing this letter and why I founded this festival (with Rebecca Sutherland) in 2000.

Thank You to All – and Viva the Revolution of The 2nd Renaissance In Oz Cinema. One day I hope we do it – we have the best talent in the world here.

M.U.F.F. Director number one – humbly signing off. It’s been an honour and a privilege. I hope my time here will be remembered fondly, by at least some of you, and my few indiscretions not over shadow its achievements.”

OPINION: I am what I am