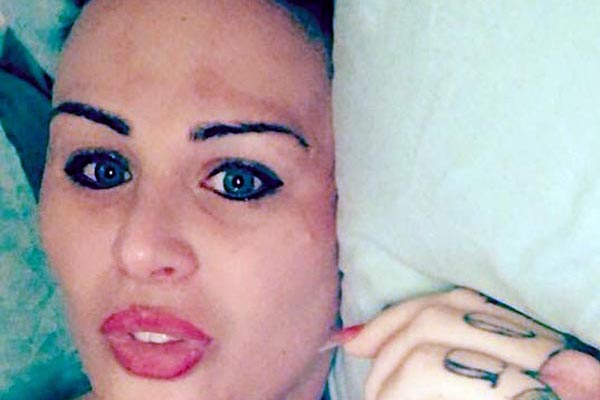 Ms Sugar Swan explains what the internet means to her.

I love the internet. It has saved my life. Quite literally. Without the internet, I would be dead.
I remember being in my early teens when we got a PC at home. I was one of the first of my friends to have one and therefore was suddenly very popular, much to the disapproval of my mother and younger sibling who were unable to spend hours speaking to their friends on the phone (we were yet to get mobile phones for another few years).

Once the night fell and I was alone and I could use the computer without friends or family seeing what I was doing I first found people who understood me. I found what we now collectively call Queers. I found chat forums for just about everything I was interested in from someone to suck my c**k, sex workers openly plying their trade, polyamorous people looking for like-minded folk, and it was here amongst the dark side of the internet that I found other trans people for the first time in my life, real trans people who I was able to talk to.

I made online friends with trans women in the US and I was able to speak to them about how I was feeling as a teenage girl being forced into a male role as puberty was changing me physically in ways in which I hated.

Many, many times I tried to speak of my gender identity to both my family and my school teachers. The result of this was me being put under child psychiatry and fed Prozac, and I soon realised that the more I insisted I was a girl, the worse my life was made in the education system and at home. This led me to suppress my feelings and I stayed in the closet for another 20 years on the back of how I was treated then.

The women I met in those chat rooms in the early 1990s did so much for me, they reassured me that I was not mad and that things would get better for me eventually, and they were right, eventually, they did. Without them, I would have most likely been the victim of teenage suicide believing that I was mentally ill as I was told by the system.

Fast forward 20 years and I finally came out and without the internet, which was now an integral part of our lives, I would have struggled in transition much more than I did. When I finally came out I was at a crossroads in my life where I had only two options, transition, or end my life. I am so glad I chose to transition.

This time around, it was so much easier to find my community online and I didn’t have to sneak downstairs in the middle of the night to talk to trans women on a shared PC, I could do it straight from the palm of my hand on my mobile phone. I joined online groups, where I could connect with my trans elders who were happy to offer advice and experience (something I now do for the new generations of trans people dipping their toe into the world of coming out).

I was able to find the information I needed to get myself onto hormones as the wait to be seen by a Gender Identity Clinic (GIC) of up to two years in the UK was not something I could cope with. I was able to arm myself with all the tools I needed to transition in the way in which I wanted to. I was able to do my research on hair transplantation, facial feminisation, breast augmentation and genital reconstruction surgeons so that I was able to get the best possible results for me.

Without the internet I wouldn’t be where I am today. I would never have found one of the best hair restoration surgeons, which saw me go to Latvia for surgery this time last year. I would never have found some world leading surgeons working in the field of feminisation and pioneering techniques in genital reconstruction which saw me spend a month in India last September.

Without the internet I wouldn’t be as educated as I am in Hormone Replacement Therapy (HRT) and the use of cross-sex hormones in trans women. I wouldn’t have obtained the base breast tissue required for successful aesthetic breast augmentation or the hips and butt that I’ve grown through fat redistribution. I wouldn’t have the soft skin or the female pheromones that I do. All of this, whilst of course, the result of many, many hours of reading, is thanks to the internet.

The UK GIC guidelines for HRT in trans women are woefully behind the times and it both saddens and angers me that I see so many of my sisters come to the forums for advice around their HRT and their GIC has them on a regime that isn’t strong enough to trigger female puberty. We have to take our medical care into our own hands with a good network of understanding GPs who are happy to monitor our bloods for us and regularly test our liver and kidney functions, and thanks to the internet we are able to find private gender practitioners and the means to obtain our own hormones.

My own transition aside, the internet has meant that I’ve been able to reach and help a wide selection of people, both cis and trans, through my activism and work as an advocate. The popularity of social media has meant that I’m able to educate people as often as I have the ability, not to mention this Gscene magazine column along with my other freelance work.

Of course, for every positive there has to be a negative and transitioning so publicly and writing about it so frankly and honestly puts me in direct target of hate mail, but the love and support I receive and the messages from trans people who my work has helped far outweighs any amount of negativity.

May the Gods and Goddesses bless the internet!