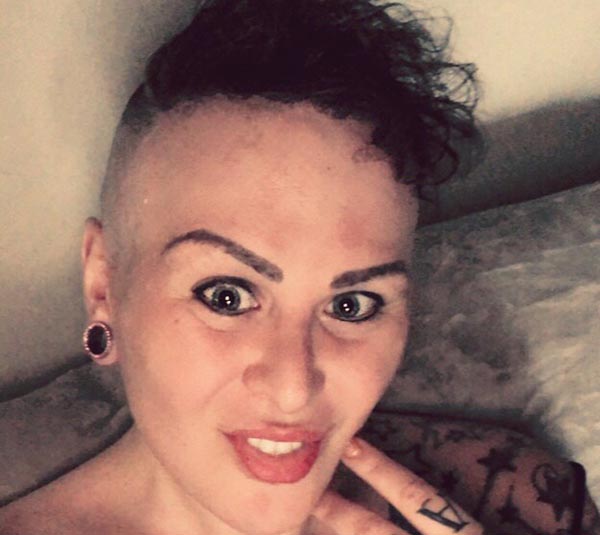 Ms Sugar Swan looks at drug use and asks if trans people are overlooked as an at-risk group within the LGBT+ communities.

PARTY drugs are a problem, they always have been, and whilst I think some members of our umbrella communities are well looked after and catered to when it comes to party drugs and picking up the pieces when things go wrong, I fear that, as with many things in the community, trans people are often overlooked.

It’s impossible to walk into an LGBT+ venue which caters primarily or exclusively (through discrimination) to cis people without seeing posters advocating for services designed to help those who need support surrounding drug habits that may be becoming or which have already become out of control.

There is very little stigma left within the cis gay community when it comes to chems. It’s something that’s quite openly spoken of amongst my cis gay friends and there’s little taboo left around chems with people even stating their drug preferences on dating apps.

This cumulatively has never made it easier to turn for help. I’m aware that help surrounding chems for cis people is not always easy to ask for, if wanted. I myself have felt the tight grip and despair after losing someone I had loved dearly for 17 years when their addictions got the better of them 18 months ago.

Although I recognise it’s not easy for my cis gay siblings to ask for help, the help is there, and it’s something that can be accessed without judgement or question through charities, organisations and peer to peer support groups. Trans people are not so well catered to in the same way and we have a need for these kinds of services too.

I used to be a fairly heavy user of chems and party drugs as well as alcohol, tobacco and marijuana when presenting as a cis man. It was quite usual to use drugs when socialising and as a physical relaxant and mental stimulus when engaging in sexual activity.

Since transitioning, and finding my trans community, chem use seems and feels much more of a taboo subject. Many trans people aren’t as open about their chem use as their cis counterparts and I’m struggling to work out why.

I don’t interact with drugs like I used to some years ago, I don’t feel that I need to. I’m so much happier in myself now and I no longer feel like I need drugs (or alcohol) to engage sexually. I’m comfortable with how I look now and I don’t have that need to alter my mental state to have sex or to let my metaphoric guard down as I once did. I’m one of the lucky ones and I never became addicted to chems and for that I am truly grateful.

After the drug-related death of a loved one (mentioned earlier) I was asked to sit on the steering committee of a forum that created a safe space where all people could come together to talk about their relationships with drugs and sex.

I’ve spoken about this with other trans, non-binary and gender non-conforming people in doing prep for this article, and while I’ve heard from many different points of view – from the person who loves to go to sex parties with strangers and indulge in chems to someone who can’t bear to be around those under the influence in any circumstance and all sorts of people in between. One common theme seems to occur – trans people have often taken some form of chems and often as a way to help them cope with their gender dysphoria.

Pre-transition, people seem to have taken drugs as a release, in a similar way that we have high percentage rates of self-harm. It can be most hard to socialise with others when you’re presenting as, and assumed to be, a gender that you are not, and taking drugs is one way to make this a little more bearable.

Another trend seems to be that the use of chems amongst trans people pre-transition helps with sex when you’re not having the kind of sex you want, in the ways you want, with the people who you want it with.

During transition, which lasts up to 10 years or more for some of us, we are at a vulnerable point in our lives where we may be getting used to changes within ourselves and within our bodies, and again any kind of drugs can offer a temporary relief for us.

Another trend, within myself and others, is that at whatever point in transition we are, we face oppression, and again drugs help us forget that for a short spell.

Finally, of course, why should we, as trans people, not use drugs in the ways that our counterparts do, should we see fit, and why is it more underground?

If trans people are as likely to partake in drugs as cis people then why are we not being supported in the same way?