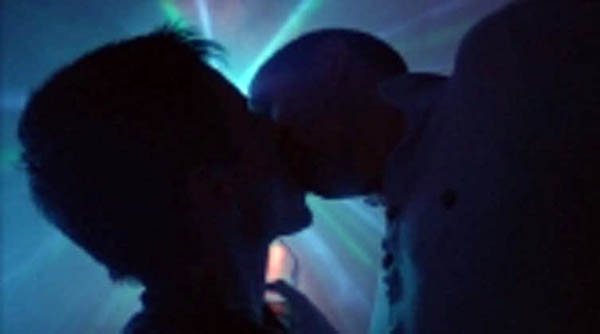 Craig Hanlon-Smith talks with three men about their chemsex experiences.

I HAD originally tried to write this piece 18 months ago, but rather than an unsophisticated or educated guess along the theme of what has come to be known as ‘chemsex’, I wanted to hear real and current stories from those who were actually engaged, in some way, with this lifestyle and recreational practice.

I had of course read other articles and at various theatrical fringe festivals seen many (largely dreadful) plays on the subject, but I wanted to hear the facts firsthand and fresh. So, I took to the most notable [dating] apps and websites, openly declaring my intentions. No-one wanted to talk. The online profile I posted included my face, my writer’s interest in the subject, and a promise of anonymity for anyone who wanted to talk.

I received a limited number of responses, but these were either suggestions that I f-off and get a real job, learn to enjoy myself more (what?) and a handful inviting me to join them for some sexual activity which requires no further description here, but trust me, they were not vague about their tastes. However, when it came to research for this article, no takers. Not one. Almost a year later, and thanks in part to twitter, I spoke to Jack (mid 40s), Seb (mid 30s) and James (mid 20s).

Before we hear from them directly, I’d like to thank all three for sharing their experiences, and for being so candid and honest. I also want to be clear, which makes sense to me if not necessarily to anyone else, that I really liked them and am pleased I had the opportunity to talk to them. So, without prejudice, judgement, comment or analysis; ChemSex by those who do or certainly have. Jack, Seb and James.

James: aged 25, from the Brighton area
“I’m not really a regular on the gay scene in Brighton, certainly not weekly. Possibly once a month and occasionally I meet people [for sex] in person, but it’s usually on the apps, Grindr mostly. The interest in taking drugs during and for sex actually came from meeting people on Grindr, although I don’t

remember the first time I had sex with ‘chems’ – it was a few years ago now. I reckon I have sex with people on chems once sometimes twice a month, there are usually a few people involved, on average around five, sometimes people I already know but often online meets. I prefer sex with ‘chems’ than without, I feel that there’s more of a buzz that way. Most of the guys I have sex with are older than me but that’s the age range I’d go for anyway and that’s nothing to do with the drugs. My regular drugs are G and Tina, although M-cat and coke do make an appearance and as a result these parties can last between three and four days, although recently more like one or two. I work shifts across the week and usually find that whatever the day or time there are people around. I’ve slammed (injected) but that’s not a regular thing for me.

At this point I ask if James is concerned about HIV or other STIs.

Seb: aged 34, from London
“I should say that I no longer take part [in chemsex], about eight months ago was probably the last time and that was a one-off. It started as a cheaper alternative to booze. It used to be that you could buy Mephedrone (M-Cat) for £20 and it was absolutely not associated with sex – bags of Mephedrone would come out at your friends and a bag would last a few days. At some point the formula changed and then so did its use. It went from being a more more more drug to becoming less potent overnight. The problem with that is that the only comparable drug in terms of the high and horniness it gave you is Tina. I absolutely wasn’t interested in Tina until Mephedrone changed. M-Cat was cheap and nasty but you wouldn’t crave it, it gave you the high when you wanted it, and you wanted more as you took it, but when you stop you don’t crave it. The drug use can escalate quickly and you take the drugs on Friday night and you’re still awake on Monday morning.

“It’s difficult to judge or build ‘normal’ relationships when you’re doing those drugs. I can remember lots of occasions being at a friend’s house waiting for the dealer to arrive, there’s a delay and another delay and whilst waiting we have nothing to say to one another other than getting frustrated at the dealer, but we couldn’t talk like adults. One of these friends I met at a chillout, then became really good friends outside the druggy circle, but ultimately we did fall out over drugs. That neither of us was particularly upset about the friendship dissipating is an indication of what kind of relationship it was.

“I have to say though, since stopping the drugs, my sex life has dropped off the earth – which is actually a bigger struggle than giving up drugs. I’d say that since my chemsex experiences, normalising sex is difficult. I became HIV positive during that time. I passed out at a party after someone put G in my drink, although I was aware that I’d unprotected sex sometimes. I had a f**k buddy I trusted and we were both negative and I felt the sex was better [unprotected] and so when I was partying, I started taking risks. I can think of times when I bare-backed more.

“Back then I was in a job that I hated and for a time my professional life wasn’t making sense to me. The chemsex gave me escape. Then I changed my job, the salary doubled, my responsibilities were different. When my life got better – the drugs went. I’d say that for most people engaging in chemsex, there’s usually something going on causing them to do it. Trying to escape and forget something. When all that gets better, the drugs go away.”

Jack: aged 46, from the Midlands
“My drug use started when my relationship ended. He was the love of my life, say no more. I was living alone, no friends, and I just ran into a time of confusing intimacy and making friends with having sex. Someone offered me a line of something and I hit the ‘f***-it’ button and thought OMG this is amazing. What no-one tells you is that the problem with drugs is that they do work. It was terrible combination for me though; dealing with an HIV positive and personality disorder diagnosis quickly led to self-loathing, abandonment and depression. Mix drugs into all that and… well.

“Predominantly the drug was M-Cat. I didn’t like what I saw of Tina, people who took it quickly turned into twats. On the occasions when I did take it, I become suicidal later. On reflection, the escalation is frightening. Taking one line per night becomes one every couple of hours, one chill session becomes every other week then every week. Sniffing becomes slamming, then one night becomes three days and one gram lasting three weeks becomes five grams a week. You are out of it, it’s fake, it’s chemically induced – once you are out of the door you are blocked on the apps: ‘let’s be bro-friends’ whilst you’re taking drugs and having sex and then you’re just deleted.

“I used to think: ‘I’m middle class, I’m educated, I’ll never become addicted’, but all you need for addiction is a human being with a problem and a slight wobble, then a drug. I felt that what I was doing was wrong – there’s always a little voice reminding you: this isn’t what I want to be. I eventually lost everything. Someone dobbed me in to work, sent information, images, the lot, and I lost the job. I took part in the chemsex more than 50 miles away to avoid anyone finding out, deliberately, but still.”

Although I asked, James elected not to tell me the nature of his employment.

“I’m now off all of the apps, they over promise and under deliver. What delivers is the drug. I’ve now changed that from M-Cat, which is psychotropic, to coke. I don’t do it with anyone else, I do it on my own, every so often for a few hours. That may sound sad, but I feel no sexual desire whatsoever without it. It’s sad, isn’t it?

“This can happen to anyone. I’m university trained, I have a degree from Oxford, and a degree from Durham, and yet now I’m working part time in a minimum wage job because it’s all I can cope with. And you know? No one wants to talk about it, I think because it shames them. I’ve tried, but barely go on any form of social media for that reason. These are not real conversations. This is my story and I’m not saying it’s everyone’s. Some can survive, but some lives go down the tubes.”

A Cuckoo In The Nest!

What is cuckooing?
Cuckooing is where criminal gangs target vulnerable people in their homes to deal drugs from there. The person is intimidated with threats of violence and bullying or enticed through the offer of drugs. The person being cuckooed often won’t want to raise concerns for fear of repercussions or violence. Victims of cuckooing can disengage with support groups or services and be unwilling to talk about what is happening at their home when the subject is raised with them.

Signs to look out for:
More visitors to the property than usual, often visiting for short periods of time, new associates hanging around, bags of clothes, bedding or other unusual signs that people may be staying there, lots of vehicles outside for short times, including taxis, discarded syringes, foil or other evidence of drug use, more local anti-social behaviour than normal, including lots of stolen bikes.

What to do:
If you’re worried that someone is being cuckooed, contact Sussex Police by emailing: 101@sussex.pnn.police.uk with an email title OPERATION CUCKOO, providing as much detail as possible or for further advice ring the Safer Communities Team on 01273 292735 or community support from the LGBT CSF on 01273 855620.