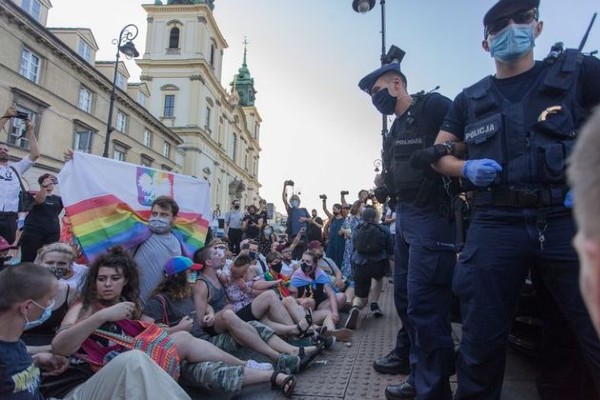 An array of public figures including actor/director Ed Harris and bestselling author Margaret Attwood have signed an open letter in solidarity with the oppressed LGBTQ+ community in Poland. Judith Butler, one of the most influential contemporary queer philosophers, also signed. The letter, published on wyborcza.pl writes that ‘homophobic aggression in Poland is growing because it is condoned by the ruling party’, led by recently re-elected president Andrzej Duda.

It continues ‘we speak out in solidarity with activists and their allies who are being detained, brutalised and intimidated’. Earlier in August, 48 LGBTQ+ activists were detained in Poland with the letter describing the peaceful protestors being treated brutally in some cases. It then concludes ‘we call on the Polish government to stop targeting sexual minorities, and the European Commission to take immediate steps to defend core European values of equality’.

The EU has already taken action against LGBTQ+ oppression in Poland by denying funding to ‘LGBTQ+ free towns’ that now cover approximately one third of the entire country. However tension between LGBTQ+ activists and allies and anti-gay groups have continued to grow; recently the opposing groups clashed in the capital of Warsaw.

Former All-Poland Youth (a nationalist far-right group) leader Krzysztof Bosak said during the recent demonstrations that the LGBTQ+ community promoted a ‘toxic ideology’ and it was ‘moral duty’ to act against sexual and gender minorities. Many LGBTQ+ Polish citizens have made the decision to leave the country as a result of growing hostility.