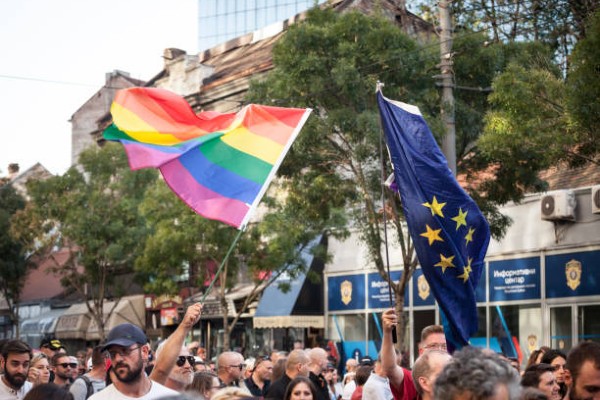 The EU’s top court has ruled in favour of a same-sex couple after authorities in Bulgaria refused to issue a birth certificate to their child, Sara, who was born in 2019. The parents, known as V.M.A., who is Bulgarian born, and K.D.K, have been living in Spain since 2015, but their child was not considered for Spanish citizenship as neither parent was of Spanish descent.

She was also denied UK citizenship as K.D.K was born in Gibraltar rather than mainland UK. However, Bulgaria denied Sara citizenship as the country doesn’t recognise same-sex marriages and has no option for same-sex parents on birth certificates, leaving her with no identification documents of any kind and restricted access to both healthcare and social security.

Following a two year legal battle, The Court of Justice of the European Union ruled on December 14 that Bulgaria’s denial of citizenship on the basis of LGBTQ+ discrimination could hinder the “child’s exercise of the right of free movement and thus full enjoyment of her rights as a Union citizen”. It also stated that all EU nations must recognise same-sex parents and LGBTQ+ families.

In a statement to ILGA Europe, the parents said they are “thrilled about the decision”, adding: “We cannot wait to get Sara her documentation and finally be able to see our families after more than two years. It is important for us to be a family, not only in Spain but in any country in Europe and finally it might happen. This is a long-awaited step ahead for us but also a huge step for all LGBTQ+ families in Bulgaria and Europe.”