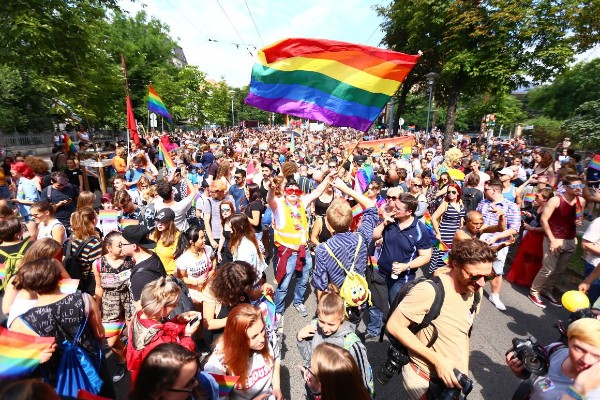 30 international embassies, including the UK, US, Canada and Italy, have signed an open letter to express their “full support for members of the LGBTQ+ community [in Hungary] and their rights to equality and non-discrimination,” ahead of Budapest Pride. The letter reads: “We reject and condemn all acts of violence, harassment, stigmatization and discrimination in all regions of the world committed against individuals on the basis of their sexual orientation or gender identity.”

The letter also stated that signatories were “concerned by recent developments that threaten the principle of non-discrimination on grounds of sexual orientation or gender identity”, adding: “We encourage steps in every country to ensure the equality and dignity of all human beings irrespective of their sexual orientation or gender identity, and stress the need for elected leaders and governments to show respect for and protect the rights of LGBTQ+ persons.”

It concluded: “Budapest Pride has the longest history of such events in the region, and we highlight its role in promoting equality of treatment and social acceptance for all LGBTQ+ persons.” Although Budapest Pride is still going ahead, Hungary has seen numerous attacks on LGBTQ+ rights over the past few years.

Recently, a bill was passed to prevent the sharing of content that is considered to ‘promote homosexuality or gender change’ with under 18s, meaning LGBTQ+ topics can no longer be discussed in school or on children’s TV. The EU has expressed concern over this bill, with Alexander de Croo, prime minister of Belgium, referring to the law as “primitive”.