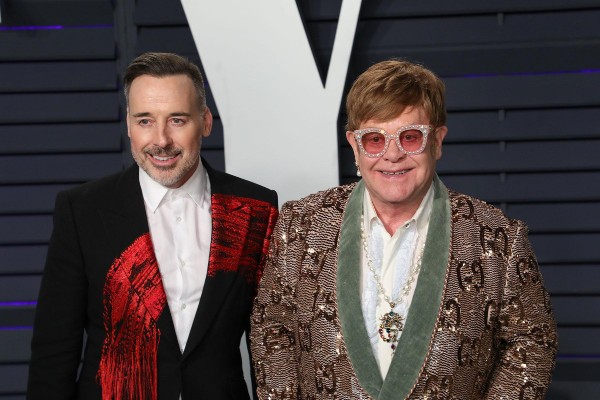 Elton John and husband David Furnish discussed the impact of the coronavirus pandemic on LGBTQ+ people in their acceptance speech for the 2020 Global Impact award from the British LGBT Awards. Awarded for their work with the Elton John AIDS Foundation, John himself addressed the current global situation, saying: “This has been an unprecedented year, and we know that some of the hardest hit individuals and communities are those in the LGBTQ+ community who are isolated, living in fear or living with violence, because of who they are and who they love, and this is unimaginably tough.”

He continued: “We believe more than anything that you deserve the right to choose who you love and to love yourself for who you are, no matter where you are in the world – and I’ve always believed in this, and it’s why I gave a founding donation to Stonewall back in the 1980s.” Furnish then discussed the work of the Elton John AIDS Foundation; an organisation created by the couple, which is “committed to no more discrimination, no more HIV infections, and no more AIDS deaths.”

Furnish said: “Since we began we have funded every single HIV/AIDS initiative in the UK. From refurbishing HIV hospital wards and provision of palliative care when HIV was a death sentence, to supporting the National Hardship Fund, services from key organisations like Terrence Higgins Trust and, more recently, partnering with the National AIDS Trust to make sure PrEP is available through the NHS. And right now, our social impact bond in South London finds people living with HIV who aren’t aware of their status, through HIV testing in A&E departments and GP surgeries.”

The pair told viewers: “Say it loud, I’m gay and I’m proud!” and were praised by many for their win, and their work for the LGBTQ+ community.