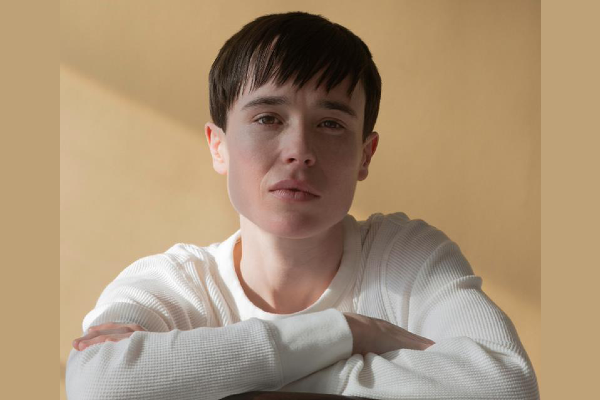 Actor and trans rights advocate, Elliot Page, has won the Annual Achievement Award at the Outfest LGBTQ+ film festival in Los Angeles. Kieran Medina, the lead programmer of the trans and non-binary summit, is due to present the award to Page on August 22, to commend his “courage” and “advocacy”.

Speaking to People, Page said that he feels ‘honoured’ to be receiving the prestigious award, adding: “Now more than ever, it is so important for our voices to be amplified and represented in film and media, and for people to hear our stories.” Outfest executive director, Damien S Navarro congratulated Page for his “talent and voice” that is “leading a new generation within the LGBTQ+ and entertainment community.”

Long-time LGBTQ+ activist Page came out as transgender in December 2020, and has since become one of the most well-known trans advocates in the world. He previously made history by becoming the first out trans man to feature on the cover of TIME magazine, and has spoken out against the wave of anti-trans bills that are sweeping the US.