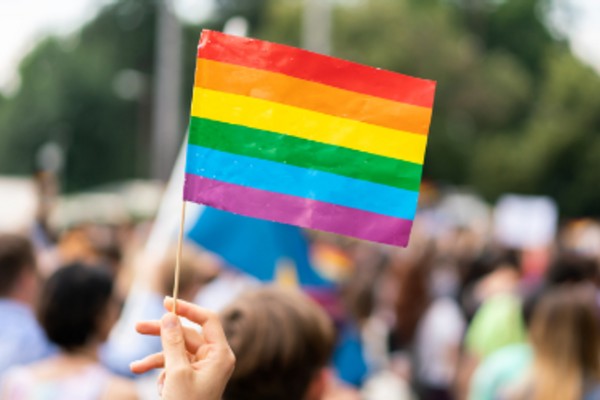 LGBTQ+ groups from eight UK political parties have joined together to demand the government ban conversion therapy as quickly as possible, following a parliamentary debate on the issue. According to the Evening Standard, the groups, which include LGBTQ+ organisations from the three major political parties, wrote to the government equalities office after what they collectively described as a “disappointingly weak” response to the debate from equalities minister Kemi Badenoch.

The letter continued: “Without a legislative ban, the Government cannot end conversion therapy. The longer we wait, the weaker the words and intentions sound. You pledged to be the Government that banned conversion therapy. Now is the time to prove it.” After the letter was sent, LGBT+ Conservatives shared it on Twitter, saying: “It emphasises the desire across the board to get this abhorrent practice banned not only in name, but in legislation.” A parliamentary debate took place earlier this month, where a handful of MPs urged for a ban on the controversial practice. March 28 will mark 1,000 days since the conservative government first promised to outlaw conversion therapy.

Equalities minister Liz Truss insisted the government was “committed” to improving LGBTQ+ equality. However, she and Badenoch have come under fire after three LGBTQ+ government advisors quit their positions, and accused the ministers of ‘ignorance’ regarding LGBTQ+ issues. Jayne Ozanne, one of the advisors who resigned, said: “I’ve been increasingly concerned about what is seen to be a hostile environment for LGBTQ+ people among this administration. Over the years which the advisory panel has met, we’ve seen an increasing lack of engagement and the actions of ministers have frankly been against our advice.”

Amid the controversy, prime minister Boris Johnson vowed to ‘stamp out’ conversion therapy and referred to the practice as “abhorrent”. He first promised to address conversion therapy in 2018 but it still remains legal in the UK.