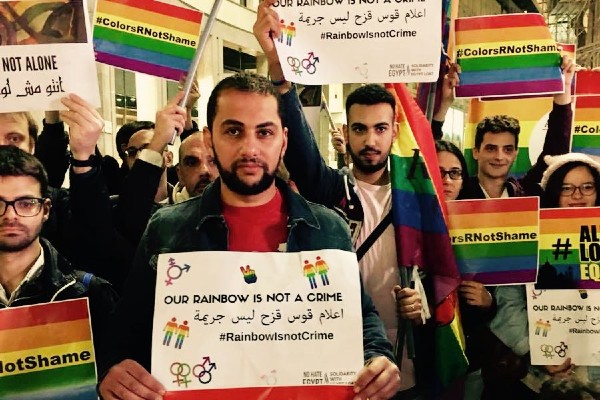 Human Rights Watch (HRW) have reported authorities in Egypt creating fake profiles on dating apps to identify and arrest LGBTQ+ people. HRW interviewed 15 LGBTQ+ Egyptians, with one man, Yasser, saying he was arrested after meeting up with a man he met on gay dating app Grindr. Yasser told the HRW he was beaten by police until he signed papers saying he was “practicing debauchery” and that he experienced “unnatural sexual desires”. All interviewees said they had been verbally harassed and physically assaulted by police, with half saying they had experienced sexual violence.

One woman, who was detained after a protest in Cairo in 2018, said she was forced to undergo a ‘virginity test’ which left her with lasting physical damage. Malak el-Kashif, a trans woman and LGBTQ+ activist, was also interviewed after she too was detained at a protest. She recounted being placed in a “cage-like cell” and then being moved to a men’s prison, after which she still suffers from PTSD.

Egyptian authority’s discriminatory attitudes towards the LGBTQ+ community were brought to public attention following the death of openly gay activist Sara Hegazy. Hegazy was arrested for displaying a rainbow flag at a 2017 concert and was subjected to abuse and torture during her imprisonment. Although she was released and granted asylum in Canada, she took her own life at age 30 after continuing to suffer from PTSD.

Same sex relations are still punishable by imprisonment in Egypt, and there are no protections against discrimination. Much like Hegazy and those interviewed by the Human Rights Watch, many LGBTQ+ people in the country experience prejudice and violence, causing long term physical and psychological damage.