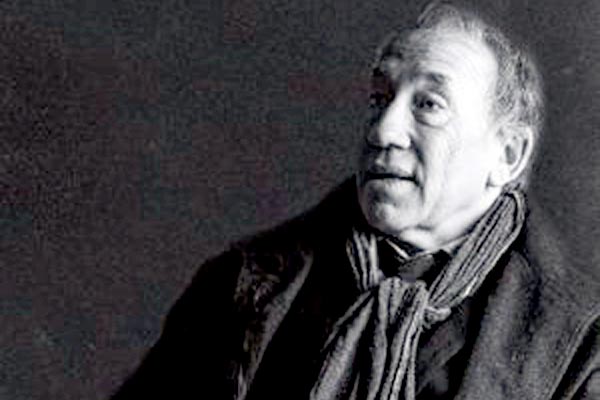 ON A caste black-draped stage, a sturdy chair is lit from above by an uncompromising interrogator’s light. In the chair sits Oscar Wilde, coming towards the end of his prison sentence in Reading Gaol.

He speaks to the air – verbalising a letter he is writing to his ex-lover the young Lord Alfred Douglas – Bosie to his intimates, – the cause of Wilde’s sensational trial and imprisonment. The story is well told elsewhere in books, films and plays, but here we have Wilde’s own words.

What Simon Callow brings to the 90 minute monologue is much more than the true-life story of Wilde’s downfall, directed with great love and care by Mark Rosenblatt.

Wilde’s bitter, angry diatribe against the young man is visceral and seat-gripping in its intensity and passion. But Callow mellows in the story’s later moments, morphing into a self-recognition – a kind of salvation. He finds his soul- as he puts it.

“The real fool” he tells us is “the one who does not know himself.” Wilde, the witty, intellectual, erudite poet and playwright couldn’t be more of an opposite than the young, decadent, carefree and careless man who literally destroys Wilde’s very reason for life.

But what Callow brings out is Wilde’s utter snobbery – it is Bosie’s total lack of imagination which disgusts Wilde – much more than the young man’s violence and utter selfishness.

The anguish of a great man sucked dry by the attention-seeking boy is brilliantly displayed as is Wilde’s total horror at his own weakness – “In an artist weakness is nothing less than a crime” he tells us.

“You wore one out. You took my entire existence” he wails, and yet it is love that has been his doomed imperative. Wilde sits he tells us “in the ruins of my wonderful life”.

Callow‘ performance is pitch perfect, nuanced – sound and fury when necessary, utter despair and weariness, genuine unhappiness at being legally separated from his eldest son.

And finally a kind of Christ-like acceptance “what lies ahead is my past” he utters prophetically .

Ironically, it’s a life-affirming performance of stellar quality by one of our greatest actors at the top of his game.

De Profundis runs at the Assembly Rooms, Edinburgh, throughout August.