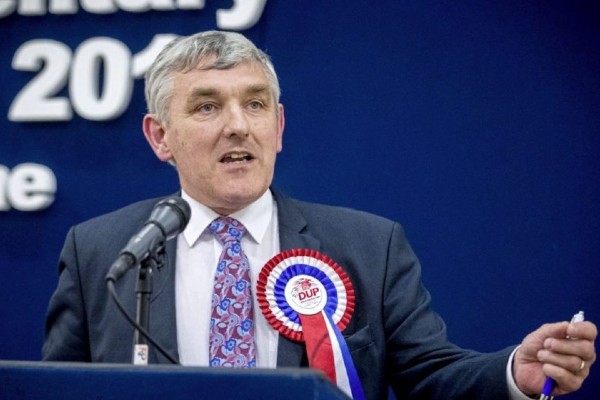 DUP politician, Thomas Buchanan, has come under fire after sharing a post on Facebook from an ‘ex-gay’ woman who claimed she had “lived a homosexual lifestyle for several years” before being ‘convicted of her sins’. In the post, which Buchanan shared on June 7, the woman said that God made her realise her “sinfulness”, and that she prays other LGBTQ+ people will have the same experience.

Social media users criticised Buchanan for sharing the post, with one saying he harbors “exclusionary and bigoted views”. Alliance Party councillor, Stephen Donnelly, also condemned Buchanan, saying in a statement: “Politicians have a duty to stand up for the inclusion of minorities. However, unfortunately this is not the first time Tom Buchanan has shared malicious anti-LGBTQ+ propaganda”.

Speaking to Belfast Live, John O’Doherty, director of The Rainbow Project Nothern Ireland, said: “We are disappointed but not surprised to see DUP MLA Tom Buchanan once again sharing anti-LGBTQ+ messaging on social media.” Buchanan has been accused of being anti-LGBTQ+ on multiple occasions, including when he described homosexuality as “an abomination” in 2013.