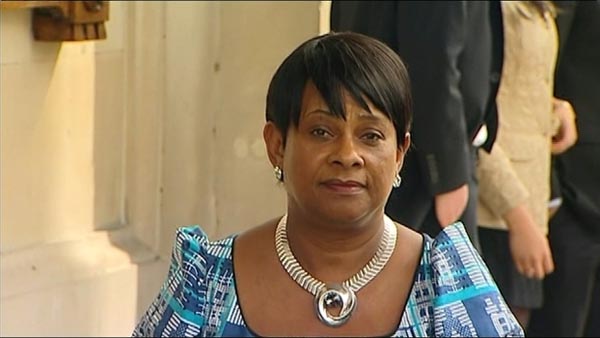 The meeting will be chaired by 18-year-old Solomon Curtis, Labour parliamentary candidate for Wealden and a Sussex University student.

Purna says: “I am very pleased and proud that Baroness Doreen Lawrence is coming to Brighton.

“Last year Doreen Lawrence, a formidable anti-racism campaigner, was named by the BBC as the “most powerful woman” in Britain in recognition of her role changing the way power operates in the UK. She fought for many years for justice following the murder of her son Stephen in a racist attack.

“She has taken a special interest in work to provide educational and training opportunities for young people and that will be the theme of the public meeting at which she will speak.”

Before the meeting Purna will be taking the Baroness to meet staff and volunteers at Brighton’s Black and Minority Ethnic Community Partnership offices in Fleet Street.

Baroness Lawrence said: “I’m passionate about improving educational and training opportunities for young people, opportunities that were denied to Stephen by his senseless murder.

“Educational achievement is a vital part of addressing the inequalities the Black and Minority Ethnic (BME) community still faces in the UK. Purna has been vocal about the power of education and the need to raise standards, and that is why I am supporting her.

“I’m looking forward to meeting people in Brighton and discussing the best ways that we can ensure all young people are able to fulfil their potential no matter what  their ethnic and social background.”

Baroness Lawrence was awarded an OBE in 2003 for her ‘Services to Community Relations’ and in 2013 she was made a Labour peer.

Entrance to the meeting is free but spaces are very limited.