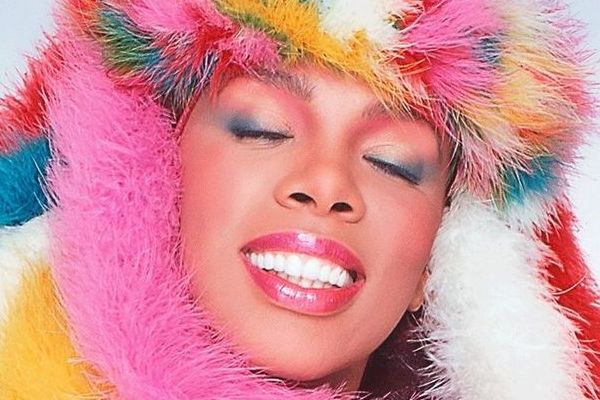 Donna Summer was the Queen of Disco. She recorded some of the best pop records of all time. I Feel Love all but gave birth to the electro sound of modern pop. Her take on MacArthur Park was ingenious and beyond camp. She also had an operatic vocal range.

We caught up with Michael Neidus from Demon Music to discuss Donna Summer’s post-disco phase. He’s currently overseeing the release of I’m A Rainbow, her lost album from 1981.

How did your working relationship with Donna Summer begin? “I noticed that her post-Casablanca period was conspicuous by its absence from so many compilations. You didn’t see much from 1980 onwards. I made contact with her attorney to find out about those later records. We then entered into conversations about looking after her catalogue from that period for her. Negotiations went on for about a year.”

“Donna and her husband Bruce came over to London for a private event. We met and decided what we were going to do. In the few hours we had together, we prepared a whole presentation of where we saw the market and how we could release the albums. We had lunch and talked it all through. That was May 2011.”

Michael had just one meeting in person with Donna. There would have been more, but a year later she passed away. She was only 63. “I called the attorney to offer our condolences. He said it had been expected for some time but they kept it very private. About a year and a half went by and we were asked to look at the catalogue again.”

“That started what is now a long relationship with her later recordings – around seven of her albums. We’re the worldwide custodians and licensees of those records, which is something we’re very proud of.”

“We make sure it’s not perceived as the smaller part of her career. She was such a phenomenal success in the 70s, when she moved on and changed direction it was never seen as favourably as that earlier period. And yes, it was a golden period but she was developing as an artist. She wanted more creative control.”

Michael oversaw the 40th anniversary re-release of Donna’s album The Wanderer. It featured some amazing remixes – the modernised versions made the songs sound brand new. Was it important to include remixes along with the original recordings? “Definitely. There are a lot of myths about unreleased recordings. Back in the 70s, Pete Bellotti himself said they recorded what they wrote and that was it. But when you get to the mid-80s onwards there’s always going to be additional material.”

“I was looking at anniversaries and 2019 was the thirtieth anniversary of Another Place and Time, the album she made with Stock Aitken Waterman. We uncovered unreleased mixes that we were able to release.”

For The Wanderer, all the material had already been released. They needed something new to release with the deluxe edition. “I looked at the song Grand Illusion, it’s very ethereal and I figured it would be great for summer. We worked with Le Flex on a remix of that track and it did really well on streaming.”

They chose another three tracks, working with Figo Sound on more remixes. Most notably their take on Looking Up – they may well have produced something better than the original. It’s also a very modern sound. The new versions of the songs received far more streams than the originals.

“We discussed all of this with Donna’s husband in 2018. The next anniversary would be I’m A Rainbow in 2021. It was recorded in 1981 and shelved. There was a limited release of I’m A Rainbow in 1996.” It wasn’t really promoted and fell by the wayside.

“It’s a lesser known album. Just weeks before it was supposed to be released, Geffen Records felt it wasn’t the right album for that time. I don’t know the reasons or if there was any politics involved. A couple of the songs did end up on soundtracks. Romeo was on Flashdance in 1982. Not many people know the song came from those sessions. Flashdance knocked Michael Jackson’s Thriller off the top of the charts. It became a phenomenon.”

“I asked Donna’s husband if we could cut the album from its original 18 track format to a 10 track album. That way we could remix the entire album. The new versions show you how great those songs were.”

Looking back at her peak period as the Queen of Disco, she had one of the greatest runs in all of popular music. “The first song I heard was Love To Love You Baby in 1975. It was on the radio and then suddenly it was banned because of the connotations of that song! Of course when you’re 12 or 13 that makes you want to hear it even more. The next one I heard was Could It Be Magic. Again, some broadcasters didn’t feel it was appropriate to play.” The unedited versions of either song would still sound controversial on the radio today. Her sighs are more than suggestive.

“The first album I bought was her Greatest Hits album in 1977. I got hooked. In the summer of that year I watched a lot of cricket. In the pub by Lords the three songs you kept hearing were Hot Chocolate, Three Degrees and of course Donna’s I Feel Love.” It was indeed the Donna Summer of 1977. “Disco exploded, for good and for bad. Great times, great music, but Donna was the constant throughout that period.”

“Years later when I was having lunch with Donna I had this out of body experience. A younger me looking at an older me, having a conversation with this icon. I never envisaged that would happen in my life.”

“By the time The Wanderer came out in 1980, it didn’t get as much airplay as her previous records. But you kept hearing her classic tracks, even after the disco backlash. Donna was always on the radio.”

How important was Giorgio Moroder to her disco era? “He was an absolute genius working alongside another genius, Pete Bellotti. They wrote together, they wrote with her and they wrote for her. They saw her as a great vocal artist, not just a disco singer. She could sing rock, pop, gospel, anything. They didn’t want her to be pigeonholed. She was one of the greatest singers of all time.”

Donna Summer, I’m a Rainbow: Remixed and Recoloured is released on 8 October.