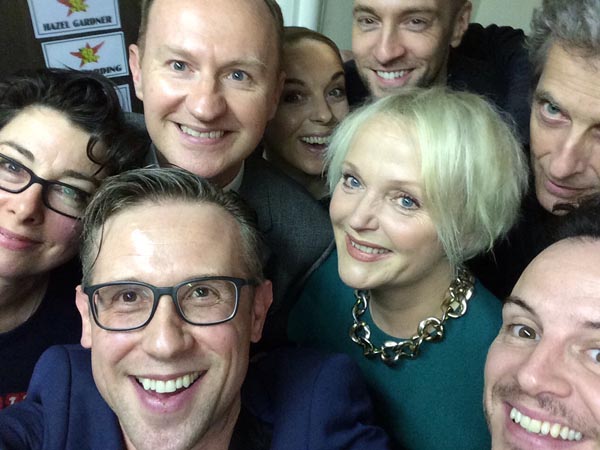 The new Who also told how his time in the tardis has been “extraordinary” but at times made him feel “vulnerable” during a fundraiser for the London Lesbian & Gay Switchboard hosted by the show’s writer Mark Gatiss.”

The 56-year-old also explained his choice of austere and minimalist attire for the Doctor, saying: “I wanted it to be quite sharp and I wanted school children to be able to copy me easily- I wanted it to be a simple look that could be imitated with a buttoned up shirt.”

Capaldi says he is still coming to terms with the fanfare of being Doctor Who but says he is carrying the torch for past Doctors including his young predecessor Matt Smith.

“I still have to go and do the shopping and have to do my MOT and all that dreary stuff but the other stuff is just absolutely extraordinary. You get met with so many smiles but really it’s because of the part. In a way when people meet me they meet Matt and Tom.”

But he added: “It’s a little exposing and some days you feel vulnerable but it’s been fabulous.”

To find details of how you can support LLGS, click here:

For 40 years, hundreds of volunteers at the Switchboard have provided a listening ear and calm words when they were needed the most to over 3 million people.

The London Lesbian & Gay Switchboard provides free and confidential support and information to lesbian, gay, bisexual and transgendered communities throughout the UK daily between 10am and 11pm by telephone on 0300 330 0630 and by instant messaging at www.llgs.org.uk