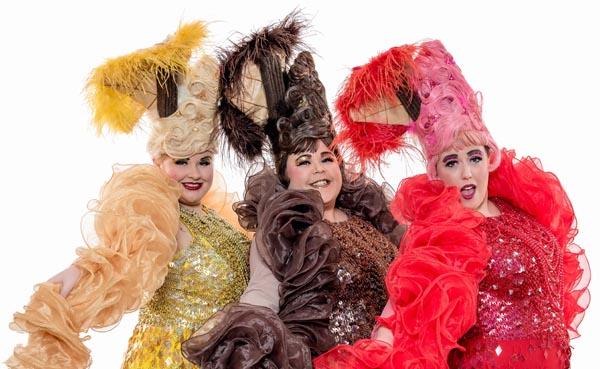 Following a two-year break from the stage, David Hill returned to Proud Cabaret with his trademark show The David Hill Experience on Wednesday, April 26 to raise money for the Sussex Beacon.

All the artists gave up their time for free so that the proceeds on the night could go towards helping The Sussex Beacon remain open.

The sell-out crowd were invited to buy raffle tickets and take part in a silent auction with all the money raised going to the Beacon.

David also used the evening as an opportunity to launch The Sussex Beacon Corporate Relay which forms part of The Brighton Half Marathon. Four local businesses pledged to enter teams on the night and this raised even more money for the charity.

David said: “I’m thrilled to see so many regulars here after such a long break and some new faces too. The maximum amount ever raised on one of these nights was £2,221.00 so we have well and truly broken the fundraising record this evening with a staggering £3,368.00 raised for The Sussex Beacon”.

The money was raised as part of the ongoing Save The Sussex Beacon campaign.

Sussex Beacon CEO Simon Dowe, added: “Huge thanks have to go to David and all the people involved with this great night. Not only was it very successful at raising much-needed funds for The Sussex Beacon but it was also an entertaining and fun night out”.

Another show in planned for later in the year.

You can catch the Sundaes with their new show Diva Las Vegas at the Spiegletent during the Brighton Fringe on Tuesday, May 23.