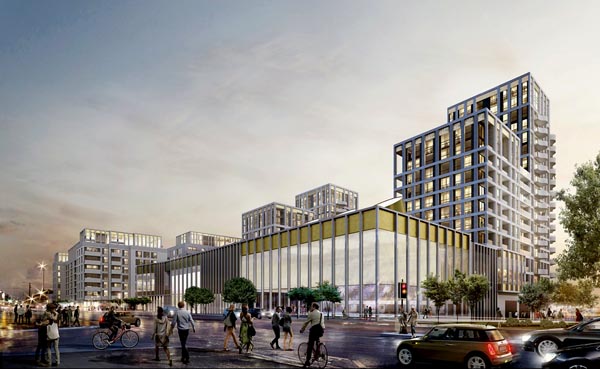 THE council has been working with Crest Nicholson Regeneration since 2016 when it won the bid to redevelop the 1.8 hectare King Alfred site.

Chris Tinker, Interim CEO of Crest Nicholson said:  “It is with disappointment that Crest Nicholson has taken the difficult decision to withdraw from the King Alfred development in Hove.

“Crest has worked with the council, The Starr Trust and other stakeholders for over three years with a view to creating a high quality viable and deliverable scheme but has reluctantly come to the conclusion that the ambition of the scheme in these uncertain times is too great and that the project is simply unable to deliver the required social and physical outputs given the related costs and values.

“The scheme has presented a series of challenges over the promotion period and whilst we would pay tribute to the council and its advisers in working collaboratively with our own team to overcome such obstacles, it has become a more complicated project than originally envisaged in terms of both planning and delivery.

“It is now increasingly apparent that the growing cost of delivering the scheme, including the council’s new £50m leisure centre, at a time when uncertainty has been increasing and values falling, means that the project is no longer able to support the provision of any affordable housing and remain viable.

“This position, despite significant funding pledges from both the council and Homes England, is unlikely to change and the Board has therefore reluctantly decided that it is not willing to promote and deliver a development of this scale and nature.

“All stakeholders have been made aware and we will continue to work with all partners to ensure a smooth transition.”

A total of £23 million of public money – £15 million from the Housing Infrastructure Fund (HIF) and £8 million from the council – was approved to assist the developer and facilitate the building of a new sports centre and 565 homes on the seafront site.

Council leader Nancy Platts said: “I’d like to thank everyone who has tried so hard for so long to make this project a success.

“Of course we are hugely disappointed that Crest Nicholson has confirmed it won’t be progressing the redevelopment of the King Alfred site.

“We’ve worked closely with their team to find a financially viable scheme to deliver a new public sports and leisure facility and provide affordable housing.

“We appreciate the difficulties and complexities of the project, and appreciate too the efforts made by Crest Nicholson, but the council makes no apologies for pressing the developer to deliver the scheme it selected in 2016.

“Finding a viable alternative will be our upmost priority and this will include consulting with the local community who have been so patiently awaiting this development.

“Our objective has always been to provide a new sports and leisure centre as well as much needed affordable housing for Hove.  We will continue to explore all ways possible to get the most we can from the site so it is of maximum benefit to local people”

The council has begun exploring alternative delivery options, as agreed by councillors earlier in the year, and an update on the next steps for the King Alfred project will be presented to the Policy and Resources Committee in the autumn.

The King Alfred project has been dogged by controversy for over 25 years.

In 2008 a design for twisted tower blocks by the visionary architect Frank Gehry failed after receiving planning permission under the Labour administration of 2006. It would have been Gehry’s first building in the UK.

The project ran out of planning time during the Conservative administration that followed in 2008 due to the addition of numerous conditions to the planning application.