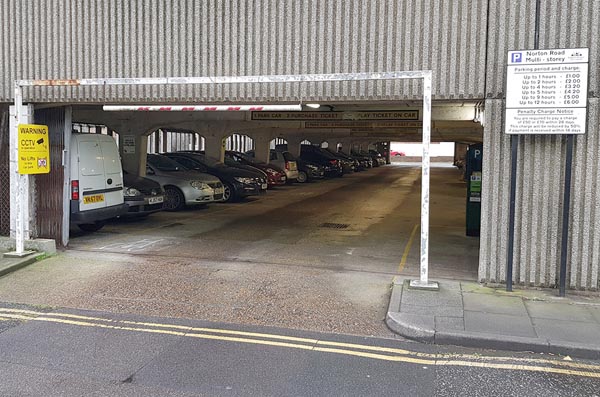 Removing subsidised parking for councillors would save council money and encourage public transport use, say the Greens.

GREEN proposals to end a car parking pass perk for city councillors were rejected for a second time at a meeting of Full Council yesterday (July 25).

Greens had called on the council to abolish free parking for councillors in Norton Road and the Lanes as part of the budget in February 2019, a move that was estimated to release £38k back into the council’s budget. The Green proposals were supported at the time by Labour Councillors.

However, a more recent request from Greens that a subsidy for councillor car parking be removed was voted down by Labour and Conservative Councillors during a meeting of Policy, Resources and Growth and Full Council today (July 25).

Instead it was recommended that councillors should receive a subsidy for car parking passes, with members making a small contribution towards the car park pass.

Green Councillor Steve Davis, who called on Full Council to remove the car park pass, said: “It’s unfortunate that we couldn’t come together and agree on something that would have been of benefit to the environment and to our local community, who will be dismayed to learn these outdated perks for councillors have been retained.

“We know that many councillors may choose to drive to meetings – all we ask is that they pay their way, like members of the public are expected to do. Councillors do have the option to take the bus and we were hoping to set processes in place that encourage the uptake of more sustainable forms of transport. It’s a shame that councillors from both the Labour and Conservative group have voted instead to preserve parking perks.”