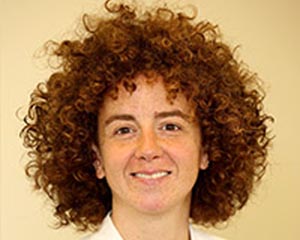 Yesterday’s Full Council meeting at Brighton Town Hall voted in favour of a Green Group motion calling for the government to strengthen PSHE education, which teaches skills for life, to be given statutory status.

The motion was proposed by Amanda Knight, the Green Councillor for Goldsmid Ward.

She said: “I’m delighted that councillors across all parties voted unanimously to call for PSHE education to be made a statutory subject and funded in all primary and secondary schools.”

In her maiden speech to the council Cllr. Knight, said: “’Personal, Social, Health & Economic Education’ may be a cumbersome name, but it is as vital a part of any child’s education as Math’s or English. It teaches young people the skills they need to make good choices and to navigate the world around them with knowledge and confidence. Whether it’s in relation to health and nutrition, drugs and alcohol, relationships and sex or managing personal finances, PSHE provides our young people with tools for life. Tools which help to strengthen and  protect them in relation to the many, and at times confusing,  opportunities, challenges and threats which are around them.”

More than 100 organisations have joined a national PSHE Association campaign for statutory PSHE education, including Mumsnet, Stonewall, Girlguiding and the Association of Police and Crime Commissioners.

The NSPCC, Barnardo’s and six royal medical colleges have also called for the subject to be made statutory, with this issue in mind.

Cllr Knight, added: “PSHE is a vital part of supporting young people to protect themselves. In Brighton & Hove we have a fantastic record for delivering excellent PSHE teaching in our schools and I want to highlight and celebrate that.  I so wish that I had had access to this when I was at school and I’m delighted that my daughter does. If PSHE is given the status of a statutory subject it will secure a stronger place for it in the wider curriculum with better access to teacher training resources and funding into the future.”

During the debate, Alex Phillips Green councillor for Regency drew attention to the work on the issue by Caroline Lucas MP who, on Wednesday, raised it in Parliament in a ten-minute rule motion.  A second reading is scheduled for January 22, 2016.