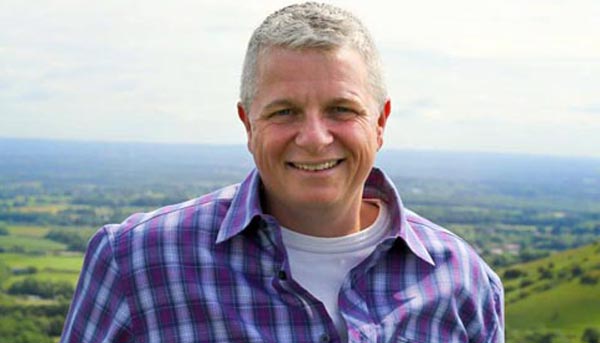 Dr Samuel Hall on the gender binary and how it’s the final hurdle in the battle for equality.

I recently glimpsed the potential to educate people about trans issues via this publication and its readership through a different lens. I’ve been writing for Gscene for almost five years, and although it often seems like an indulgence to me (I really enjoy writing so it’s great to have an outlet), I’m aware that by committing myself to paper, sometimes intimately, I’ve been educating others in the LGBT community in a way that I hadn’t foreseen. Reading Sugar’s column last month struck a chord – as a trans man and a trans woman, published side by side, I saw just how important it is that we (transpeople) have a voice, and I am so grateful to the proprietor and editors for that.

Despite historical and present day differences, a lack of understanding and perhaps education; despite the fact that many people in the LGBT community have forgotten, don’t know or don’t care about us, us trans folk are central to what it means and always has meant to be queer. Trans women of colour were at the heart of the Stonewall riots, and we’ve been at the vanguard of human rights-driven activism ever since.

If you’re a white gay male, the chances are you have been living a relatively ‘easy’ life for some time, compared to your forebears and the giants upon whose shoulders you stand. But don’t forget to look back down the human ladder you’ve climbed, to see where there is still persecution, loneliness, homelessness, desperation and fear of death from disease. And if you can’t see it on your doorstep, look further afield. Look at the ladyboys, the hijra in India, the sex workers in South America, the Latino and African-American trans women all over the States who are being singled out for transphobic hate and exploitation on a relentless loop which sometimes kills them.

Ever since I emerged from the horror show of my own coming out, I’ve become more and more passionate about changing how the world sees trans people. We need to be seen for who we are, with richness and diversity that is appropriate for a global community. We are, in international terms, a massive minority. We’re being increasingly heard, all over the planet, which is exciting, but also terrifying. Just as the world is beginning to see into the ‘gay community’ and realise that it’s anything but homogenous, so the LBG part of our community is beginning to see into ’T’ and experience the huge variation in language and expression around gender and identity. We’re men, trans men, transmasculine, non-binary, drag kings and queens, transvestites, transfeminine, trans women, women, and a whole lot more. We’re battering the binary with our language assault. Society at large cannot contain us. The #GendeRevolution will happen this century. More and more people will walk away from the construct we labour under. It’s so incredibly liberating to do so. My personal sense of freedom is particularly strong at the moment. I write on the eve of phalloplasty surgery, and I feel freer than I’ve ever felt in my life.

In fact, I can’t really believe how liberated I feel. It’s as though I’m on the brink of busting out of a cage that I’ve helped to make, but no longer want to live in. A safe place that we all know about and understand. A world rigid with rules about gender. A place I’ve run back to again and again since my early teens, each time I even came close to busting out I ran back. The light was too dazzling. I couldn’t have coped with the enormity of what it means to disprove the gender binary by crossing the uncrossable divide. This chasm that we’re all so sure of, live our lives by; it doesn’t exist. Trans people, by our very existence, are the bridge over the binary. We allow the imposed halves of humanity to unite in our bodies, and force a closer look at sex, gender and identity. Through our bodies, the rest of the humanity can see itself as it is. Unique, different, and yet the same. There’s nothing which connects us more strongly than this. No skin colour, biological attribute, disability, circumstance of birth, sexual orientation or gender identity is more important than the first and only significant denominator, our common humanity. We’re all one. For some reason, the gender binary and all the oppression it brings, seems to be the final hurdle in the battle for equality.

I shouldn’t be surprised. After all, the gender binary is common to all cultures, places and times. We need male and female forms of our species in order to reproduce, and we expect and respect the differences that biology confers, including the vast number of people who are intersex. But try to pick this apart from the gender roles and expectations that we apply in modern western society to children the minute they’re born, if not before. There’s no logic what so ever in assigning a set of rules to a child based on their genitalia.

It’s very important that we in the LGBT communities remain at the forefront of this discussion. However threatening it may feel, the thinking and language around the deconstruction of gender is essential if humanity is to survive. Once we separate biological sex from gender, we see that one is real, and the other isn’t. Trans people are victims of a societal construct that enslaves them, some cope with this by finding a way to express themselves that gives a sense of freedom, others are biologically ‘miswired’ and need to change their bodies to stop them feeling suicidal, and others still are rebelling against a binary construct that they can see is destructive to all of us. Until we break the hold that the gender binary has on society, women are trapped in oppression, men are trapped in perpetrator mode, and people who are neither are totally invisible.