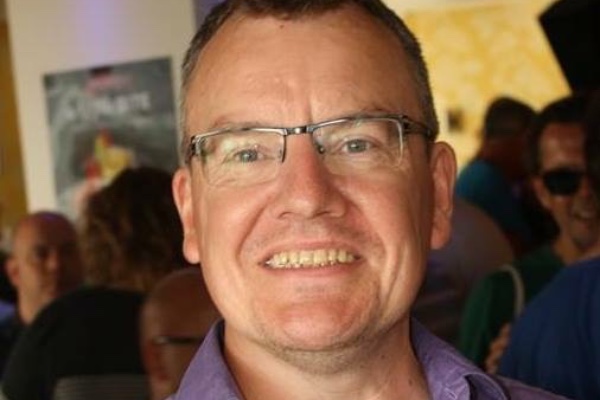 Chris, a proud community activist was a very decent man. He was also gentle, sensitive, and genuine. He loved nothing better than seeing a practical and positive improvement to St James’ Street and Kemptown especially if he had fought long and hard on behalf of others who had decided something was needed.

Chris trusted everybody, he listened to people’s concerns from wherever they came and, for someone who stood for election as a local councillor, was one of the most apolitical figures you would encounter in public life locally.

Up until a couple of years ago he was most involved with the St James’ Community Action Group as probably the leading founder member and its first Chairperson. He was proud of what SJCAG achieved during its first year and was devastated when a small section of the members organised his replacement.

He was responsible for Kemptown in Bloom for quite a while and the present efforts to revitalise this group will be a fitting tribute to his activities.

Chris chaired the Eastern Road Partnership when it was a vibrant and active association, was a keen supporter of the Gay Business Forum, worked tirelessly on neighbourhood and community policing, and was involved with the Friends of Queen’s Park. He was also the chair of the Brighton and Hove LGBT Community Safety Forum up until 2012, stood for the Labour Party in Queens Park Ward in 2011 and for a period was financial director at the Sussex Beacon.

Chris was a lovely person and far too young to be lost to his community.