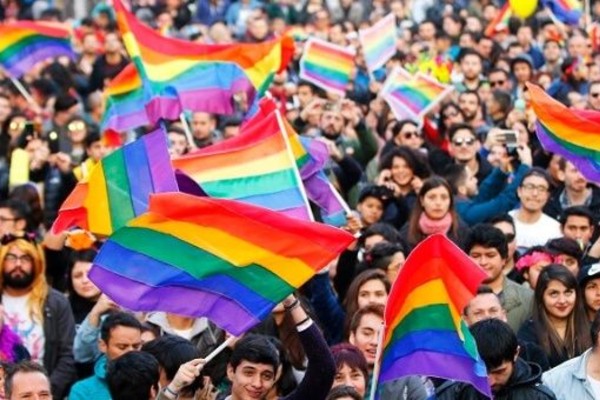 The Chilean Senate’s Constitution Commission has approved crucial articles which will allow the country’s government to move forward with a marriage equality bill. The bill was first proposed in 2017 by former president Michelle Bachelet but it has been met with delays. Chile’s Homosexual Integration and Liberation Movement (Movilh) encouraged the Senate Constitution Commission to focus on the bill once again and now 29 articles needed to pass it have been approved, leaving 27 left to address.

Mónica Arias, a lawyer at Movilh, told Gay Star News: “One of the most relevant approved articles is Article One, which recognizes the kinship marital relationship between spouses, whatever their sex, and not just between a man and a woman. With this, without a doubt, we can say that the Constitution Commission said yes to equal marriage.”

LGBTQ+ Chileans already have access to civil unions and legal protections from discrimination but the country does not yet have full marriage equality. If Chile were to legalise same-sex marriage before Venezuela, which is also considering the move, it would become the sixth South American country to have marriage equality after Argentina, Brazil, Colombia, Ecuador and Uruguay.