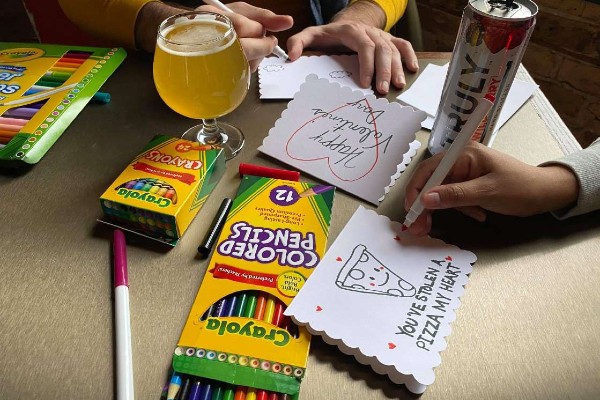 The Chicago Black Drag Council recently partnered with Our Art of Giving to create 200 Valentines Day cards for older LGBTQ+ people in an effort to ‘give back’ to those who fought for queer rights in the 20th century. According to NBC Chicago, the ‘Valentine’s Day Senior Prize’ project was thought up by drag queen Jo Mama, who said: “Within the LGBTQ+ community, we can find ourselves often out-aged or overlooked and it’s important that we make sure that doesn’t happen. It’s our inherent responsibility to give back to the people who opened the doors for us.”

Local Chicago LGBTQ+ venues such as Progress Bar, Roscoe’s Tavern, and Scarlet Bar also collaborated on the project. Danny Beers, the LGBTQ+ coordinator for Our Art of Giving, has been assisting the elderly LGBTQ+ community since the pandemic began, by donating thousands of food items and household essentials to older people in Chicago. He said: “I just wanted to show them as much love as I could in their golden years.”