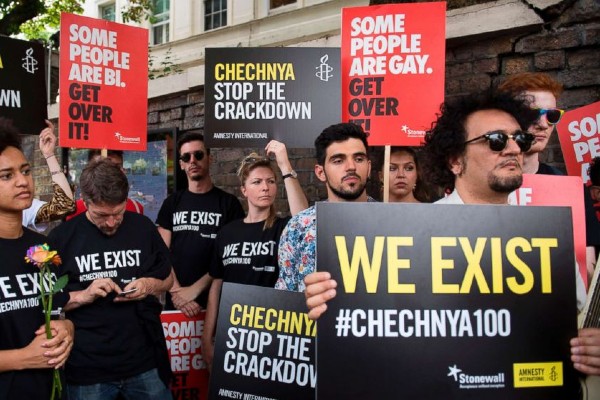 Five high-ranking politicians in the semi-independent Russian province of Chechyna are being charged with crimes against humanity, four years after the reports surfaced of a ‘gay purge’ taking place in the region. The Guardian has reported that the German-led European Centre for Constitutional and Human Rights (ECCHR) joined forces with the Russian LGBT Network to file a 97-page charge, detailing the “persecution, unlawful arrests, torture, sexual violence and incitement to murder” queer Chechens have faced.

Although a previous complaint was filed in 2017, it was unsuccessful due to Russia’s withdrawal from the jurisdiction of the tribunal. After the charges were submitted, ECCHR founder Wolfgang Kaleck said: “If no other jurisdiction investigates, Germany is able and must be willing to take over tasks, representing thereby Europe and the international community.”

Patrick Dörr of the German Lesbian and Gay Federation added: “In states like Chechnya, where there is a strong taboo around sexual identity, there is usually very little information about the situation of LGBTQ+ people.” They said the complaint could “make a crucial difference for an asylum application” by documenting the severity of the situation in Chechnya.