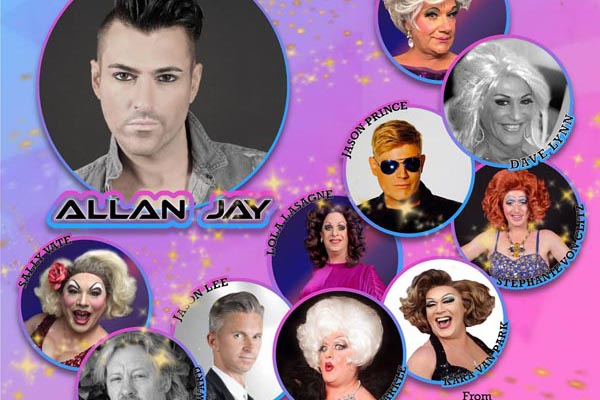 Three years ago, following the death of his mother, the Scottish singer Allan Jay recorded a single written by Jason Prince and Lewis Greenslade to raise funds for CRUSE Bereavement Care, the national charity that helps people deal with grief and loss.

Each year since Allan has continued to do a “wee bit of fundraising” for the charity which provides such an essential service to those suffering bereavement.

Allan said: “We are doing the night to raise money for Cruse Bereavement Care, a UK-wide charity that helps anyone dealing with the loss of a loved one. After I lost my mum in November 2015, I was approached to record a single originally written for Cilla Black – a song about loss. So with everything I went through, we decided to use it to raise money for Cruse. We had a charity night and managed to raise some good money. Now every year in November, I try to do a night to raise some money for the charity. So we are having a night at the Queens Arms with entertainment, raffle, and we’re hoping to have a small auction. We’ll be just raising as much as we can!”

Cost: Free event – no tickets – get there early!