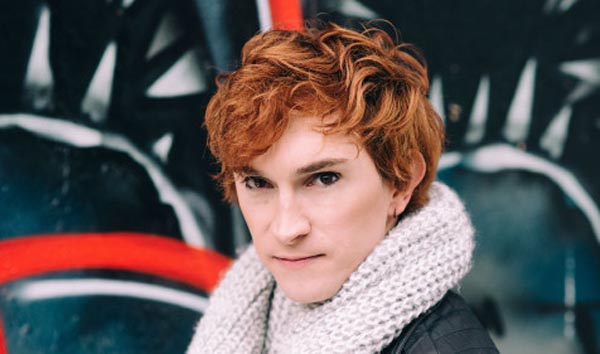 Research shows that more than 40 per cent of LGBT+ people will experience a significant mental health problem in their lives, compared to around 25 per cent of the whole population, and people from the LGBT+ community are more than twice as likely to have attempted suicide. More than four in five (84 per cent) of transgender people have considered suicide and 50 per cent have actually attempted suicide, compared to an average of less than 6 per cent in the wider population.

The evening was held to profile the work of local Minds across England and Wales who offer tailored LGBT+ mental health support. In addition, nationally, all Mind’s Infoline advisors are trained to understand how LGBT+ related issues might affect mental health and Mind works in partnership with other LGBT+ organisations to make sure that mental health is on the agenda.

Alessandro Storer, Equality and Improvement Manager at Mind, said: “With two in every five LGBT+ people experiencing a significant mental health problem, it is really important that we work hard to give the experience of LGBT+ people profile and work towards better services and experiences for everyone in the community, so that people can get the right help, when they need it.”

Juno Dawson, author, journalist and advocate for LGBT+ rights, said: “I’m very honoured to support the work that Mind do by sharing some of my experiences as a transgender woman who has, at times, felt the ache of mental illness.

“I think LGBT+ people grow up with fear and that fear is manifold. We fear rejection by our parents and peers; we fear harassment, violence and intimidation; we fear discrimination and persecution; as a child of the eighties I feared death and disease.

“I feared those things before I really knew what fear was. I sensed my difference, my otherness. So often, as I child, I was told I was ‘doing it wrong’. I truly believe that if we weren’t so gendered as a society, many children wouldn’t feel like they were failing at something so arbitrary.

“I think these fears become very deeply engrained in LGBT+ people. So much so, we’re almost robotically trained to respond with I’M FINE and a rictus grin when anyone asks how we are. We celebrate our history, our icons and party at pride marches every year at this time. So much so, it’s almost become anathema to admit we’re still struggling in any way shape or form. But struggle we do.”

She continued: “While society and the media play catch-up, it’s reassuring to know that charities like Mind are there for me if I ever reach crisis point. When I was writing ‘Mind Your Head’, their resources and website were an invaluable resource and I take personal comfort in knowing that they are invested in the well-being and mental health of the LGBT+ community.”

Offering his support on the night, Stephen Fry, President of mental health charity Mind, said: “As a gay man, as a man with bipolar disorder, I have a very special interest in everything that is happening this evening. It’s a lamentable and melancholy fact that in 2017 the LGBT+ community should suffer so much from issues that pertain to mental health, and I’m talking about the most vital issues imaginable.

“Research has shown that nearly 50% of LGBT+ people have attempted or considered suicide, that’s compared to 6% of the “normal” population – that’s a really disturbing figure. This is a real crisis. We have to do something to attack the terrific amount of rejection, isolation, discrimination, stigma, bullying and the appalling lack of self-worth felt by people who have so much to contribute to society. Any kind of healthy society is one where we look out for each other and we welcome diversion and diversity and we are as inclusive as possible. Because diversity, let’s face it, is not a choice, it’s a fact.

“Mind is absolutely determined to do everything it can to raise this issue, raise the debate on the subject of LGBT+ mental health emergencies and the problem of self-harm and suicide and the feelings of total lack of self-worth and rejection felt by the community.”