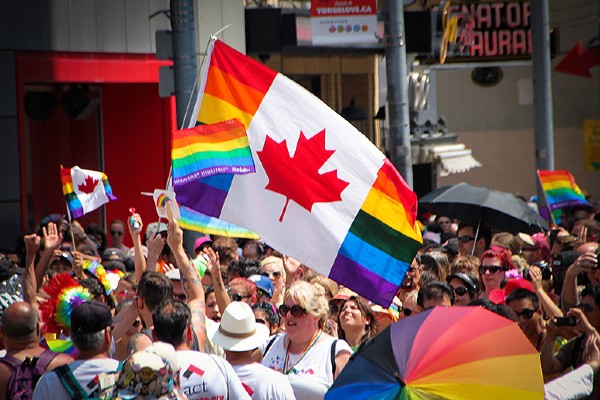 On June 22, lawmakers in Canada passed a bill to ban any form of LGBTQ+ conversion therapy for minors or unconsenting adults, while also prohibiting anyone from profiting off of advertising the controversial practice. According to Reuters, the bill was passed by the House of Commons in a 263-63 vote after the ruling Liberal party first promised to instate a nationwide ban on conversion therapy in 2019.

Canadian prime minister Justin Trudeau celebrated the success of the bill on Twitter, saying: “Conversion therapy has no place in Canada. And even though more than half of the Conservative caucus voted against it, the House of Commons has passed our legislation to criminalise this harmful and degrading practice.” He also vowed to “always stand up” for LGBTQ+ Canadians.

In the UK, prime minister Boris Johnson first promised to criminalise conversion therapy in 2018, describing the practice as “abhorrent”. March 28 2021 marked 1,000 days since the government’s initial promise, as LGBTQ+ activists have accused lawmakers of neglecting the issue. The parliamentary debate on the topic took place after 250,000 signed a petition calling for those who practice conversion therapy to be penalised, but so far, no laws have been put into place.