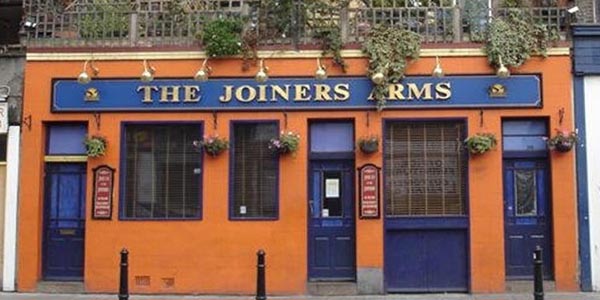 A demonstration will be held outside the Joiners Arms Hackney Road today, January 21.

The demo starting at 1.30pm, is being held to mark the two-year anniversary of the legendary LGBT+ venue’s closure and is organised by the Friends of the Joiners Arms a community group founded in 2014 to save and evolve the Joiners Arms pub.

The group aspires to bring the pub into community ownership so it becomes London’s first cooperatively owned LGBT+ community centre with the pub a central part of its operation.

The venue was forced to close in January 2015 as the owners working with property developers planned to bulldoze the venue to make way for luxury flats. The Joiners has remained empty ever since with no plans submitted by the owners for development.

Friends of the Joiners Arms will be linking with other campaign groups such as We Are The Black Cap and Stop The Blocks and members of the LGBT+ community in East London to show the owners of the site that the fight continues to win back the venue.

Beyond the queer venues that have been forced to close several iconic LGBT+ venues have been threatened with closure mainly due to owners wanting to develop venues into private luxury flats.

The closure of LGBT+ venues come at a time when homophobic and transphobic crime is on the rise and LGBT+ specific services have been disproportionately cut.

A survey of over 300 LGBT+ identifying individuals revealed that the decline of queer venues in London is having a detrimental impact on the health and well-being of the community.

Jon Ward, co-chair of the Friends of the Joiners Arms says: “The Joiners was one the few late night LGBT+ venues in the east end and its closure has left a massive hole in queer night scene and in our hearts. The venue closed because of greed and nothing else, why should such an important queer space be left to rot when it could be such an asset to the community.”

Amy Roberts, co-chair of Friends of the Arms, added: “We invite everyone to join us at 1.30pm on Saturday to show the strength of feeling that remains the Joiners Arms is our space and the community wants it back.”