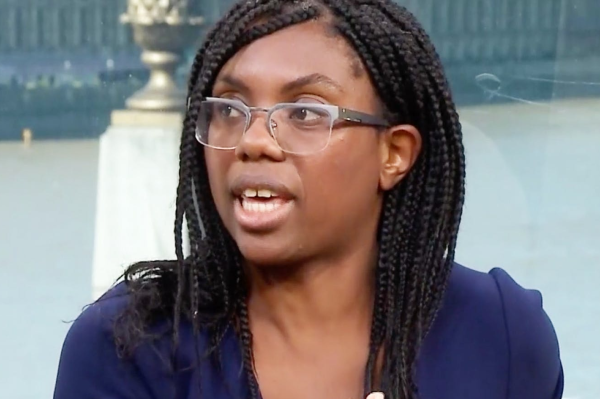 LGBTQ+ activists and advocacy groups are urging Tory equalities minister Kemi Badenoch to resign from her position after a leaked 2018 video showed the MP making anti-LGBTQ+ comments. In the video, shared by VICE World News, Badenoch was heard misgendering trans women, and saying: “Well we’ve got gay marriage, and civil partnerships, so what are transsexuals looking for?”

She also criticised what she referred to as the “transgender movement”, adding: “So now it’s not just about being free to marry who you want, you now want to have men using women’s bathrooms.” Her comments sparked outrage from many, with Angela Rayner, deputy leader of Labour, calling her words “disgusting” and questioning whether Badenoch should be in her role. Stonewall also described Badenoch’s comments as ‘shocking’, and “harmful to LGBTQ+ communities.”

It continued: “It is the responsibility of the Minister of State for Equalities to be a champion for all marginalised communities, regardless of personal opinion. We call on the Minister to clarify her remarks and reaffirm her support for all LGBTQ+ people urgently.” LGBTQ+ activist Jayne Ozanne affirmed this sentiment, describing the situation as “extremely concerning”, considering that Badenoch should be championing marginalised groups.

Ozanne, an ex-government LGBTQ+ advisor, has previously criticised Badenoch and Liz Truss for their lack of understanding regarding LGBTQ+ issues, saying: “I don’t believe that they understand LGBTQ+ people, particularly transgender people. I’ve sat in meetings and I’ve been astonished about how ignorant they are on issues that affect the real lives.”