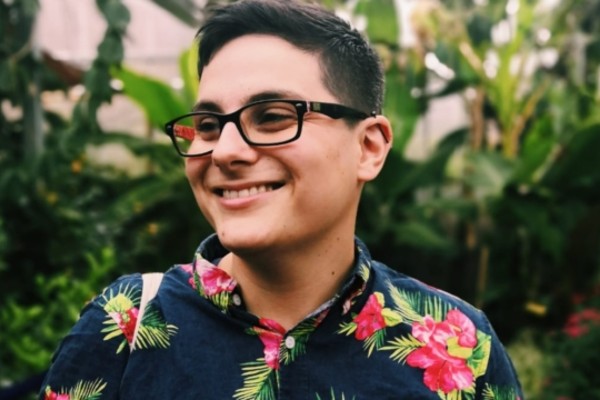 32-year-old Eloise Stonborough, a cisgender, butch-presenting lesbian, has spoken out against harassment in single-sex spaces after reflecting on the hostility she frequently faces when using public toilets. Stonborough, who is the associate director of policy and research at LGBTQ+ organisation Stonewall, told i News that she is often challenged when using women’s public toilets as a result of her appearance, and found the attacks have increased ‘significantly’ over the last two years.

She said: “I think there’s been tens of times someone has questioned me using the women’s toilet, and ten of those experiences have been particularly frightening – and they’re just the ones I can remember. I have developed behaviours to minimise the risk of going into a toilet and facing abuse. If I’m going into public, you know, shared toilet rather than a single store, I’ll often try and bring my girlfriend with me or a friend with me, someone who will clarify my gender by standing next to me.”

She continued: “I have barely left my house in the last ten months, and one of the handfuls of times I’ve had to use a public toilet, a woman challenged me when I was quietly standing in line to use the facilities in a park. She stormed off in a huff when I refused to leave.” Stonborough said many gender diverse people and women who don’t present as feminine face harassment frequently: “Experiences like mine do end up undermining your confidence. This affects all gender-diverse people out there, who are at risk of withdrawing from public life because they cannot use the toilet without worrying about abuse, which I think is a huge tragedy.”

She also highlighted “not everyone’s appearance easily correlates to their gender”, as she hopes sharing her story will raise awareness of the public hostility many LGBTQ+ people face on a daily basis.