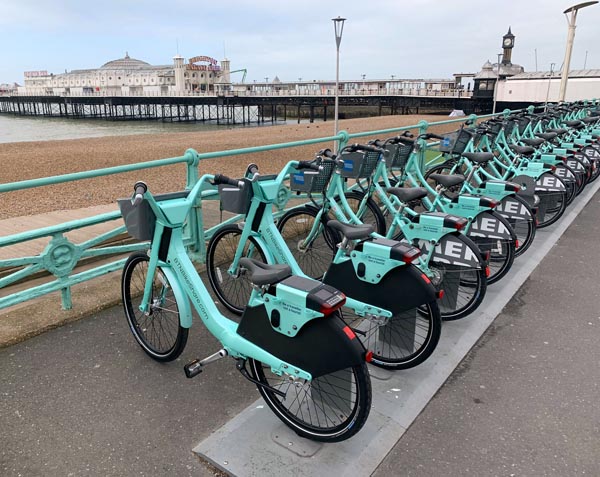 Riders, who have collectively cycled over 1 million miles, to benefit from 120 new bikes arriving this month.

BTN BikeShare announce today that the scheme is further expanding, with 120 new bikes rolling out in the coming weeks.

This development is in direct response to customer demand, meaning that more bikes will be available to the scheme’s growing user base.

The award-winning scheme, has seen upwards of 69,000 users making over 560,000 trips since it launched in September 2017. Together, users have now ridden over 1 million miles – announced on the bike share’s social channels last week.

Further hubs have already been installed in the west of the city, on Preston Street, Connaught Road and Portland Road, including a ‘virtual hub’ outside Portslade train station.

The most recent hub was added just last week and services Rottingdean, a much-requested location. Additional sites are planned for later this year, with the aim to reach even more members of the community who will benefit from bike sharing.

Tim Caswell, MD of Hourbike, the company operating the scheme, said: “We’re thrilled to be expanding BTN BikeShare and hope that it will encourage even more people to cycle in and around Brighton & Hove. Thanks to the ongoing support from Brighton & Hove City Council we will have an additional 120 bikes in circulation, allowing us to service even more residents, commuters and visitors without impacting the availability of the bikes elsewhere in the city.”