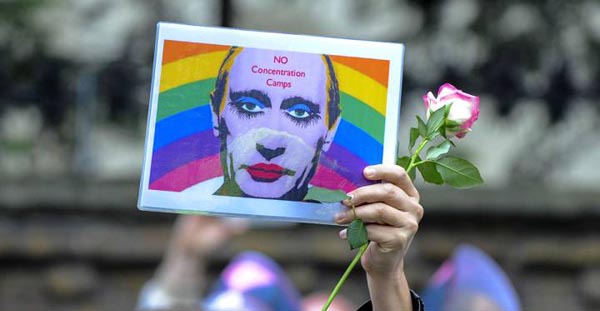 As we celebrate the 50th anniversary of the partial decriminalisation of homosexuality in England and Wales on July 27, Brighton & Hove Pride continues with it’s commitment to campaigning for global equality.

The 2017 Brighton Pride Community Parade will continue to highlight the struggles of those across the UK and beyond featuring placards highlighting hate crimes from the past twelve months in the U.K. and aboard.

The horror of acid attacks on the streets of East London, the victims of the Finsbury Park attack, those lost in the Manchester Arena bombing and in the terror of the Westminster and London Bridge attacks.

The gay men kidnapped and tortured in Chechnya, Indonesian men publicly flogged because of their sexuality, the horrors of corrective rape of lesbians in South Africa, the Turkish LGBT+ activists arrested and beaten for attending Pride in Istanbul, the gay men stoned to death in Iraq by ISIS and the staggering numbers of trans men and women murdered across the world.

As we face an increasingly troubled world hate crime is increasing. The terror attacks at Manchester Arena, London Bridge and Westminster may have brought the nation together in defiant unity but in the aftermath anti-Muslim hate crime incidents increased five-fold. The terrorist attack on Muslims in Finsbury Park highlighted for many how far we have to go to truly address the hatred sparked by repugnant ideologies.

Last year over 20 homophobic attacks were reported every day in England and Wales and post Brexit the numbers continue to rise daily.

Paul Kemp, Director of Brighton Pride, said: “We need to unite together to say no more. Not in the cities and towns we are lucky enough to call home, the country we are proud to be part of or in a world in which we are all citizens. This Brighton Pride lets all campaign for change. Change we can make together, change we can be proud of, change we need.”

Pride will once again hold a one minute silence at 6pm across all Pride sites, to remember and honour all victims of hate crimes.