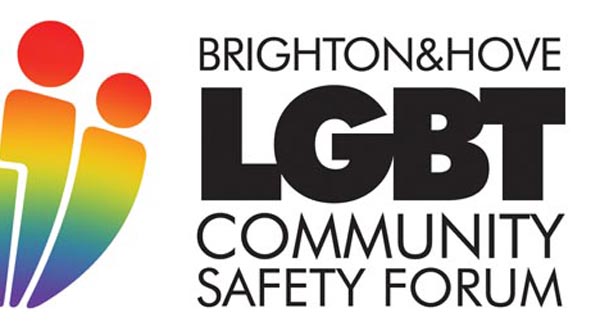 Organised by volunteers from the Brighton & Hove Community Safety Forum (LGBT CSF), it will take place near the Old Steine Fountain on the Old Steine starting at 6.30pm sharp, to mark the International Day of Hope and Remembrance.

The event will include a performance by the Brighton Gay Mens Chorus, refreshments will be provided by Lunch Positive guest speakers will include: Cllr Emma Daniel, Cllr Phelim MacCafferty, Cllr Geoffrey Theobald, Suchi Chatterjee, Sergeant Peter Allen, BHCC Safety Team and the Rev Michael Hydes. A message of support from Caroline Lucas the Green MP for Brighton Pavilion will be read out at the event.

For up to date information about the Brighton Vigil, click here:

The purpose of Hate Crime Awareness Week is to tackle Hate Crime issues by raising awareness of what Hate Crime is and how to respond to it, encourage reporting, and promote local support services and resources, encouraging local authorities (Police, Council and others) to work in partnership with local groups and community organisations to host a series of Hate Crime Awareness Events throughout the UK and Abroad in the week leading up to the International Day of Hope and Remembrance for those affected by Hate Crime.

The first International Day of Hope and Remembrance was launched at the London Vigil against Hate Crime which took place on October 30, 2009 after the death of Ian Baynham who was homophobically abused and beaten in Trafalgar Square.

Over the past seven years the third Saturday of October has been established as a day when people around the globe organise solidarity vigils and events to show support to those who have been affected by Hate Crime.