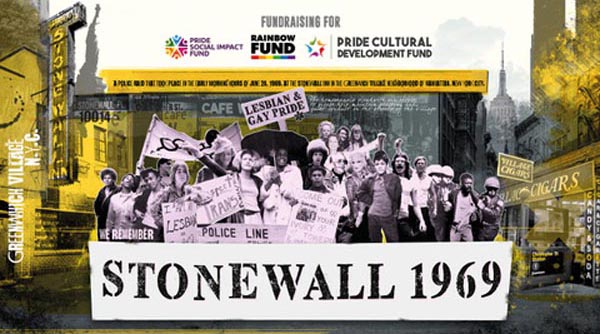 Brighton & Hove Pride 2019 will see a community of LGBTQ+ people, their friends and families come together for pride, acceptance and freedom of self-expression.

IN 2019, Brighton & Hove Pride will be celebrating the 50th anniversary of the Stonewall uprising that ignited the modern Pride Movements across the world.

In the early hours of June 28, 1969, at the Stonewall Inn in New York City, a series of small, spontaneous demonstrations by members of a persecuted community sparked a flame that would grow into the gay liberation movement and the modern fight for global LGBTQ+ rights and equality.

The Brighton & Hove Pride Festival which will take pace from August 2-4, will commemorate the 50th anniversary of the Stonewall uprising that ignited the Pride Movement by taking a look back over five decades of pride, passion, diversity and activism, to celebrate how far we have come whilst recognising there’s still more work to be done.

LGBTQ+ communities all over the world still face very real discrimination, prejudice and violence with more than seventy countries across the world legislating against homosexuality and eight imposing the death penalty simply for being LGBTQ+.

In the last six years, Brighton and Hove Pride has raised over £705,000 for the Rainbow Fund, Pride Cultural Development Fund and Pride Social Impact Fund. The Rainbow Fund is a charity and has a remit to receive donations and use them to give grants to LGBTQ+ and HIV groups and organisations in Brighton and Hove. The Pride Social Impact Fund benefits local good causes giving grants to a range of local groups.

For more info and to book second release tickets for Brighton and Hove Pride 2019, click here: