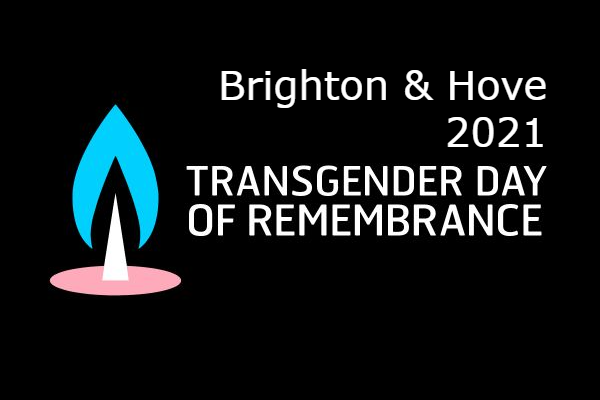 Transgender Day of Remembrance (TDOR) is the annual observance that honours the memory of those whose lives were lost in acts of anti-transgender violence.

2021 is set to be the deadliest year for trans and gender-diverse people, with 375 registered murders between 1 October 2020 and 30 September 2021. This represents a 7% increase from the 2020. Brazil remains the country that reported the majority of the murders (125), followed by Mexico (65) and the United States (53). The data shows that a total of 4042 trans and gender-diverse people reported being murdered between 1 January 2008 and 30 September 2021.

You can read the full reports on data and monitoring here.  The Trans Murder Monitoring (TMM) research project  monitors, collects, and analyses reports of homicides of trans and gender-diverse people worldwide.

“Transgender Day of Remembrance seeks to highlight the losses we face due to anti-transgender bigotry and violence. I am no stranger to the need to fight for our rights, and the right to simply exist is first and foremost. With so many seeking to erase transgender people — sometimes in the most brutal ways possible — it is vitally important that those we lose are remembered, and that we continue to fight for justice.”

TDOR was started by Smith in 1999 as a vigil following the killing of Rita Hester, a transgender woman in 1998. This tradition has been carried on since then, commemorating all the transgender people lost to transphobic violence.

The city’s TNBI community, charity and support groups have issued a joint statement. Scene magazine fully endorses this statement and prints it in full here:

Standing in solidarity with trans, non-binary and intersex (TNBI) people, connected and together.

We write this statement as a group of TNBI practitioners and allies within Brighton and Hove. We write from a place of lived experience within the institutional, interpersonal and societal transphobia which breaks our work down daily and seeks to stifle our voices. As this loose collective, we see the damage done when those who seek to silence our community are given national platforms, speaking opportunities and the money and resources to amplify their damaging rhetoric while many of our own projects stand on tentative funding threads, often reliant on the unpaid labour of TNBI volunteers and staff to keep afloat.

TNBI identities are not new, they are not an agenda being pushed by healthcare providers or TNBI activists. The reality is that the rigid gender binary based on biological sex is a colonial concept which has been pushed throughout the world by successive, violent white supremacist regimes, of which the British state has been especially culpable. Black, indigenous and non-Black people of colour with genders outside the binary have existed in a myriad of ways for hundreds of years*, despite their systematic erasure.

We write this statement to join the thousands of voices coming out across Brighton & Hove, Sussex and the wider UK in solidarity with TNBI communities, despite the recent wave of anti-trans prejudice which stands only as a thin veil between the concept of free speech and unbridled hate speech.
For the TNBI people reading this, know that we see you, and we support you.
For those wanting to do better by us, we hope this acts as a reaffirmation that TNBI people, especially TNBI Black, Indigenous and non-Black people of colour need your vocal and physical support now more than ever.

The Lesbian, Gay, Bi, Trans and Queer (LGBTQ+) Staff Network at the University of Brighton has set up a number of safe spaces across the University, encouraging colleagues and students to take a moment out of their day for quiet reflection and a chance to connect with others to share thoughts, prayers, and stories. Full details here

Brighton & Hove City Council are flying trans flags as a mark of respect for TDOR from Brighton & Hove Town all this weekend.  The city’s Equality and Inclusion partnership has issued a statement of solidly and support for TDOR. You can read it here: