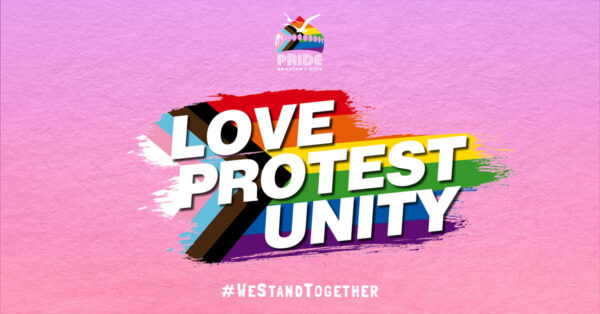 With thousands of people expected to pack Brighton & Hove for this year’s Pride celebrations, Brighton & Hove City Council (BHCC) is urging people to plan their travel arrangements in advance of the big weekend…

Having missed out on the full Pride experience for the last two years, we’re anticipating a huge number of people flocking to the city to enjoy the festivities on the weekend of August 6 & 7.

Trains are likely to be very busy and bus timetables are changing, it’s an ideal time for those who are able, to travel on foot or by bike.

Wherever you’re travelling to or around the city that weekend, please plan your journey. Please also take a look at Pride’s travel advice.

For those who may be unfamiliar with Pride in Brighton & Hove, several roads will be closed in the city centre on both Saturday, August 6 and Sunday, August 7 for the Community Parade, the party – We Are Fabuloso – in Preston Park and the Pride Village Party in Kemptown.

The Pride LGBTQ+ Community Parade starts at Hove Lawns at 11am on the Saturday and travels through the city centre to Preston Park. Roads will be closed and parking bays will be suspended along the length of the parade route.

Roads will be closed around the Pride Village Party, including St James’s Street and Madeira Place.

Roads may also be closed during the weekend where the police advise it is required for public safety. For more info on road closures, CLICK HERE

One of the best ways of getting around Brighton & Hove is on foot with most journeys a lot shorter than you may think.

Brighton & Hove’s BTN BikeShare scheme has more than 530 bikes located at 85 hubs around the city.

By downloading an app and signing up to BTN BikeShare, you can cycle around the city for just 4p per minute, plus a £1 unlocking fee. This means a 20 minute journey will cost just £1.80.

Brighton & Hove Buses’ rainbow-hued Diversity Bus will once again shuttle festival-goers between the city centre and the party at Preston Park for Pride on the Saturday.

Over Pride weekend there will be a shuttle service (route 500 and route 600) operating to and from Preston Park from the Old Steine and the Waterhall Campsite.

More information can also be found on the Brighton & Hove Buses website.

Service updates can also be found on their Twitter page.

Everyone planning on using the train over the weekend should allow plenty of time to get to and from the city as trains will be very busy and people may not be able to board the first service.

Govia Thameslink Railway (GTR) which operates Southern, Thameslink and Gatwick Express, have confirmed there will be more trains and extra carriages added to services to help visitors get to and from the city over Pride weekend.

Because of the large crowds who will be leaving the city after Pride, the advice is to get to Brighton station early. Everyone should plan to give themselves at least an hour to get to the station from any of the festival sites or the seafront.

Travellers are encouraged to get their train ticket in advance to speed things up. And remember that for safety reasons glass bottles or containers will not be allowed into the station or on to trains.

Brighton station’s rainbow queuing system will also be in place to direct passengers leaving the city into the appropriate queue for their train and destination, before they get to the station entrance. To help everyone on their way, remember:

The green queue will be for trains on the East Coastway (services towards Lewes, Seaford and Eastbourne).

The purple queue will be for trains on the West Coastway (towards Shoreham-by-Sea, Worthing and Chichester).

The blue queue is for stations on the Brighton Main Line (for stations towards Haywards Heath, Gatwick Airport and London).

More information can be found HERE.

Any disruptions are also communicated via the Southern and Thameslink Twitter feeds.

Make your Pride a sustainable one

Councillor Steve Davis, co-chair of the Environment, Transport & Sustainability committee, said: “I’m so looking forward to seeing Pride back in full swing this year after such a long break.

“Our roads and car parks will be extremely busy for the whole weekend so I’d ask everyone who can, to leave their cars at home and choose sustainable travel this year.

“We’re lucky to have excellent public transport in Brighton & Hove and most places are easily accessible both on foot or by bike.

“Along with our transport partners, we’re working extremely hard to make travelling around the city as easy as possible so that everyone can enjoy a safe and hassle-free Pride this summer.”