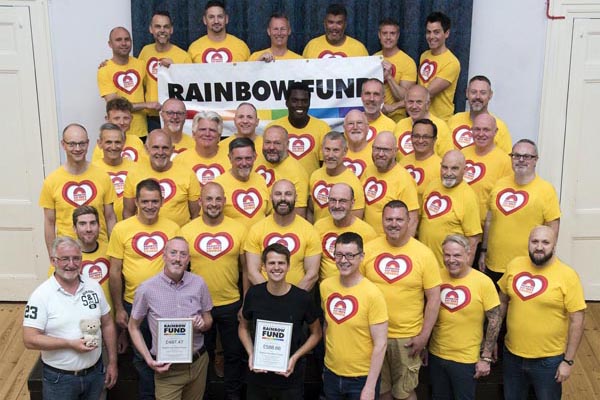 The Brighton Fringe Festival turned out to be an exceptionally busy time for the Brighton Gay Men’s Chorus (BrightonGMC).

AFTER performing its own successful show, Opening Up, on the opening weekend of the Festival, BrightonGMC was thrilled to be invited by the Ambassador of Sweden to celebrate Brighton as the city that launched ABBA’s global success.

The sold-out concert took over the sumptuous Spiegeltent in the heart of the city on Saturday, May 25.

Both events were extremely well received, by audience and press alike, and they proved excellent opportunities for the Chorus to maximise its fundraising effort for the Rainbow Fund, raising £1,086.13 in total.

The ABBA concert also helped to raise awareness amongst an entirely new audience about the work this unique, grant-giving charity does.

Vaughan Leyshon, Chairman of BrightonGMC said: “We were delighted with the incredible support and rave reviews we received for, ‘Opening Up’, our Fringe show. After which – and in less than three weeks – we pulled out all the stops, under the energetic direction of our Chorus Director, Joe Paxton, to deliver another entertaining evening. It was a tremendous honour to sing for the Swedish Ambassador and his delegation. But then, how could we possibly say ‘no’ to an invitation to present an evening of ABBA songs – particularly when we knew that every penny raised will be awarded by the Rainbow Fund to local deserving LGBTQ and HIV/AIDS organisations?”

The Chorus will be celebrating the 50th anniversary of Stonewall with its Pride show, In Time For Pride, on Friday 26 and Saturday 27 July at St George’s Church, Brighton.

The Rainbow Fund give grants to LGBT+/HIV groups and organisations who deliver effective front line services to LGBT+ people across the city.